Knicks still strained by a lack of offensive production 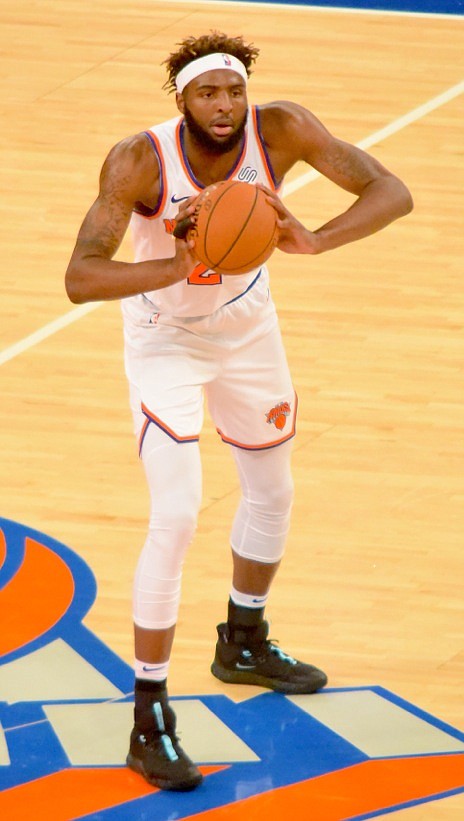 The Knicks have hovered near the .500 mark since February 15, after a 123-112 win over the Atlanta Hawks at Madison Square Garden lifted their record to 14-15. From the time they evened their record at 17-17 on February 27, the Knicks have been at or above .500 for 12 out their last 14 games. By comparison, last season, one shortened by the COVID-19 pandemic, the Knicks lost their opener and never attained .500 again, finishing 21-45.

They went into last night’s (Wednesday) game in Minnesota against the Timberwolves 24-23, which placed them fifth overall in the Eastern Conference. Yet, their position in the playoff race was tenuous, as only a four game lead separated them from the 10th seeded Chicago Bulls, who were 19-26. The Atlanta Hawks, Boston Celtics and Miami Heat, all 23-24, were just one game behind the Knicks and the 21-24 Indiana Pacers trailed them by a marginal two.

The Knicks have sustained competitiveness primarily on the strength of their defensive proficiency. They were holding opponents to an NBA low 104.6 points per game prior to facing the Timberwolves. Conversely, their low offensive output is problematic. The Knicks were ranked 28th out of 30 teams, producing an average of 104.9, a mere plus-.3 point differential. With the three-point shot a manifestly significant aspect of today’s analytics driven game, the Knicks (10.8) were one of only seven teams averaging less than 11 made three-pointers per game when yesterday’s schedule tipped-off.

Their offensive limitations were pronounced on Monday night at the Garden in a 98-88 defeat versus the Miami Heat, who had lost straight games coming into the Garden. They scored a meager 16 points in the first quarter and just 23 in the third, shooting 33-80 overall (41.3%) and 10-36 (27.8%) from behind the three-point line.

Knicks head coach Tom Thibodeau, as well as All-Star forward Julius Randle, attributed the loss to the team’s poor rebounding rather than their inability to make shots. “When you give a team 13 offensive rebounds, you’re going to pay for it,” Thibodeau maintained.

“A lot of them were multiple-effort type plays where they’d tip it back and chase it down. And we had a couple of opportunities to scratch back in but the second shot really hurt us.”

Randle, who led the Knicks with 22 points, placed most of the accountability on himself. “We just have to scrap and play harder, which is really what it comes down to. Rebounding is all effort and energy,” he said. “I have to do a better job of controlling the glass. Whatever it takes. I’ll put it on me. I’ll come back better.”

Nevertheless, Thibodeau and Randle cannot discount or minimize that the Knicks had another strong defensive showing in holding the Heat to under 100 points, but labored to score a paltry 45 of their own in the second half. They’ll be back at home tomorrow to host the Dallas Mavericks and then have three consecutive road games against the Detroit Pistons (Saturday), Brooklyn Nets (Monday) and Boston Celtics (Wednesday).

The team will be without starting center Mitchell Robinson for an indefinite period after he underwent surgery on Monday to repair a fracture in his right foot sustained in the fourth quarter of their 102-96 victory over the Milwaukee Bucks last Saturday. Robinson had previously missed 15 straight games this season due to a broken hand.