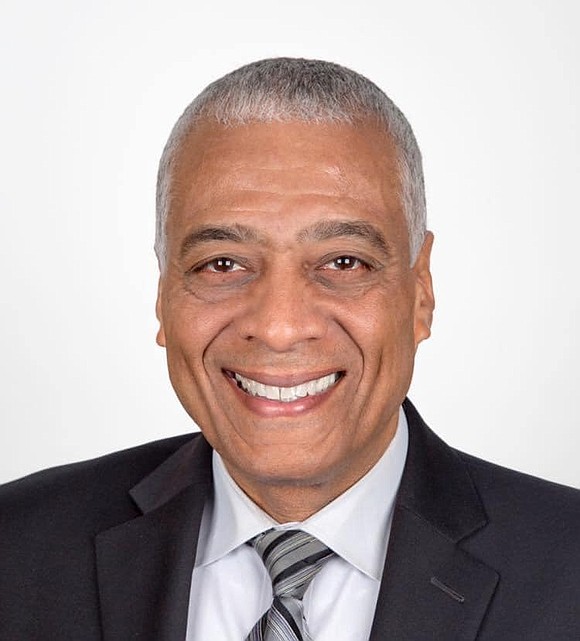 On March 24 activist Larry Hamm, who is the chair of the People’s Organization for Progress (P.O.P.), marked 50 years of activism with a rally of activists with roots in student activism. The event commemorated the day Hamm led a walkout of students at Arts High School in support of the now historic Newark Teachers’ Strike in 1971.

The day Hamm led the walkout, students marched through downtown Newark and conducted a sit-in at the Newark Board of Education demanding that the Board come to terms with the teachers for the sake of salvaging their school year and demanding that students have more direct say in their education among some 25 other demands that they made.

“It was the first time I participated in a protest in my life, and I have been an activist ever since,” Hamm said. “Fifty years ago, on March 24, 1971, as a 17-year-old student, I led a walkout at Arts High School in Newark, N.J., a march downtown and a sit-in to protest educational issues.”

At the time of the historic protest, Hamm was a senior and president of the school’s student council. He was also a champion distance runner and captain of the Arts High Track Team.

Hamm when on to Princeton University where he led a student sit-in there protesting the Ivy League school’s investment in the Apartheid government in South Africa. He co-founded the People’s Organization for Progress in 1983 and has been its only chairman.

“Shortly after my appointment to the board I met and began a decades long association with the poet, playwright and activist Amiri Baraka who had a major impact on my political thinking,” Hamm said.

Joining Hamm was activist educator Akili Buchanan, who led the campaign as a high school student to have what was then South Side High School in Newark renamed Malcolm X Shabazz High School, and former N.J. Assemblyman Craig Stanley, who co-authored the Amistad Bill.

On Friday, P.O.P is hosting its annual march to mark the April 4 anniversary of the assassination of Dr. Martin Luther King Jr. The march is also campaigning to free Mumia Abu Jamal and other aging prisoners in the face of the COVID-19 pandemic.