The Mets open the MLB season with high expectations 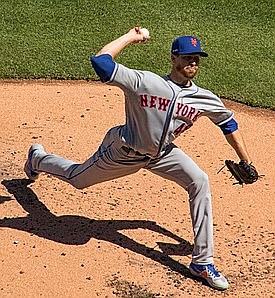 Steve Cohen grew up in Great Neck (Long Island), New York a die-hard Mets fan. Now, the 64-year-old billionaire hedge fund manager is the majority owner of his boyhood team after purchasing it from Fred Wilpon and other shareholders in November.

In his new dual role as loyalist and shot caller, Cohen has pledged to his fellow fans to provide the franchise the necessities to win its first World Series title since 1986. The Mets begin that mission today, Major League Baseball’s Opening Day, on the road for Game 1 of a three-game series versus the Washington Nationals.


One of Cohen’s early moves was to approve a trade for the supremely gifted shortstop Francisco Lindor, acquired from Cleveland (they will drop the name Indians after this season) in January, to give the Mets one of the best multi-dimensional players in the sport.

“We acquired Francisco because of his present ability and the possibility that he could be a Met long term. There’s no guarantee of that. It’s something we will approach in the next few weeks,” said Team President Sandy Alderson at the time of the trade. On Monday, as reported by multiple media outlets, the Mets extended a 10-year, $325 million offer to the 27-year-old Lindor, who can become a free-agent at the conclusion of this season. If he accepts it, the contract would be the fourth highest in baseball history in monetary value behind only Mike Trout’s ($426.5 million), Mookie Betts’ ($365 million) and Fernando Tatis Jr.’s ($340 million) deals.

However, according to various reports, Lindor, who was born in Puerto Rico and moved to Florida with family members at the age of 12, has rejected the terms and is seeking a 12-year, $385 million pact. As of yesterday morning the Mets and Lindor were still in discussions. What is certain is that Jacob deGrom, arguably baseball’s best pitcher, will anchor the team’s starting rotation.

The 32-year-old right-hander won back-to-back National League Cy Young Awards in 2018 and 2019, and last season finished third in the voting. Two starters the Mets are hopeful will be significant pieces, righties Carlos Carrasco, who came along with Lindor from Cleveland, and Noah Syndergaard, won’t be in uniform at the outset as they recover from hamstring and elbow injuries respectively. Syndergaard had surgery in March of 2020 to repair the ulnar collateral ligament in his right elbow and missed all of last season.

The Mets have a formidable lineup that along with Lindor includes first-baseman Pete Alonso, the 2019 NL Rookie of the Year, whose 53 home runs two seasons ago were the most ever hit by a player in his debut season. If the Mets get consistently solid outings from a bullpen that had a problematic 4.60 ERA a season ago, they could wind up as NL East Division champions and a World Series contender.