The Peach State has sunk into a shameful voting pit 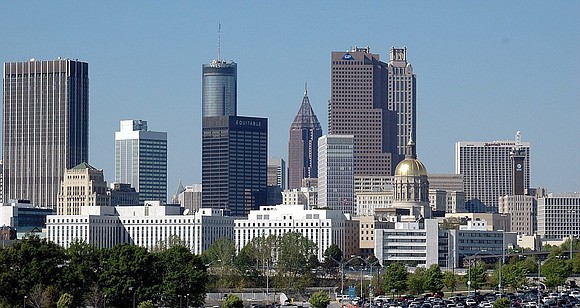 Georgia is on my mind in an unfavorable and unsettling way. The eyes of the country were on the state just a few months ago as it elected two Democratic senators, Jon Ossoff and Rev. Raphael Warnock.

Now, the fame the state enjoyed just a few months ago has turned into shame.

The reason is simple. The Georgia Republican governor, Brian Kemp and its state legislators have decimated the voting framework. They have added new rules that are designed to make it more difficult especially for people of color to vote.

A modern-day Jim Crow mindset is flourishing in the state. Some of us thought we had seen the last of restrictive voting measures. Many are saying the new law is a violation of voting rights.

Nse Ufot, chief executive of the New Georgia Project said, “Georgia’s Black, Brown, young and new voters are here to stay. We will organize, knock on doors and show up to the polls 10 times over. And we will fight for solutions and progress for all Georgia voters.”

This law is wrapped in racist clothing. Its purpose is to stop us from voting in record numbers. The law is unlawful and will only motivate us more to vote.

As citizens, we will not be compromised as to when, how and where we vote. Those in favor of this legislation are afraid of losing their power.

So, on Friday, behind closed doors, the governor signed a bill for some and not for all.

His character has been besmirched and his leadership flawed.

Governor Kemp in an irrational response to the harsh but deserved criticism said, “I was proud to sign S. B. 202 to ensure elections in Georgia are secure, fair and accessible. I appreciate the hard work of members of the General Assembly to make it easy to vote and not to cheat.”

Mr. Kemp’s words on Friday will cement his place as one of the worst governors in Georgia’s history. He will keep company with former governor, Lester Maddox.

President Biden called the law un-American and Jim Crow in the 21st century.

Sen. Raphael Warnock said, “Today is a very sad day for the state of Georgia. What we have witnessed today is a desperate attempt to lock out and squeeze the people out of their own democracy.”

No amount of bluster or empty promises will make this bill right. This was a bill passed to please someone else who lives in another state.

Mr. Governor, your conscience will begin to bother you because you know you did wrong.

You and your regime are clogged up. You are clogged up with meanness, racism and inferiority. Can you be cleaned up? That is a good question.

It is my opinion that this bill will have some economic implications for the state. Just go back to the states of South Carolina and Mississippi when they were flying the Confederate flag. They lost money. Georgia will too.

For example, be on the lookout for what happens with Major League Baseball and the All-Star game which is to be held in Atlanta on July 13th.

Voting cannot be manipulated and moved like chess pieces.

The governor extols the virtues of John Lewis and passes what he passed. Sad.

There is legislation in the Congress that honors Rep. Lewis. It is titled the John Lewis Voting Rights Advancement Act. We must contact our representatives so that this bill becomes a part of the nation’s fabric.

While Georgia has a new law of inequality, we are standing firm with the law of equality and the belief in justice.

While temporarily deferred, we are not defeated.