‘Tina’ on HBO looks at the genius and the legend 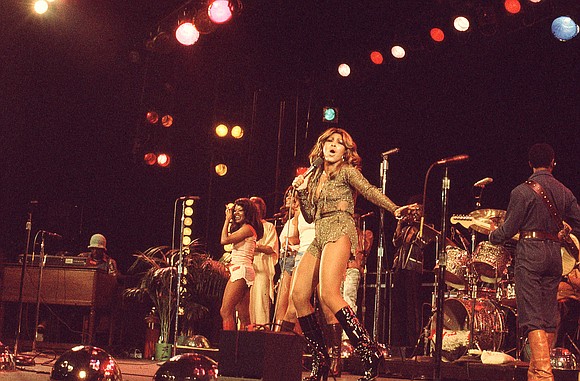 “Tina,” now playing on HBO lays out the fascinating story of Tina Turner, focusing on her growth over the decades which has fashioned itself into a kind of mythology with a bad-ass African American woman as the shero.

It’s a fact. Tina Turner is a living legend. She first hit the world with a sonic boom when she confessed to being an abused woman during her life with the late Ike Turner. This man not only emotionally abused Turner, but he also physically abused her during most of their 19 years of partnership. A shock to many of her fans but not so much so, for those working closely in the music industry.

In her autobiography “I, Tina,” which she wrote with Kurt Loder, she took a deep dive into the most disturbing and moving details of her suffering. That book was transformed into the biopic, “What’s Love Got to Do with It” (1993), which launched the career of Angela Bassett (as Tina Turner) and reminded people about the brilliance of actor Laurence Fishburne. Both actors were nominated for Oscars. Her struggle and success over such darkness forever planted Tina Turner’s epic story into the world’s zeitgeist.

Here she is, an African American woman who willed herself to win, rising from nothing after being discovered by Ike who believed that he “owned” her. In his mind, Tina was “his”—the star he shaped and made, a prisoner. When Tina finally threw off the shackles, she grew strong, straight and tall, and in the end, again, she’s standing in the legend line.

It’s interesting how so many of us (myself, included) feel that we know Tina’s story but the HBO doc “Tina” revealed new insights, leaving me with a deeper appreciation of who the artist Tina Turner is.

It’s amazing to watch the timeline—covering her early performances with clips of her in the ’70s, ’80s or ’90s, reminding the viewer of the kinetic energy this woman has possessed since the very beginning.

Just think about how you feel when you are watching Tina dance, it’s as if every part of her is wrapped around the music. And when she sings, the rasp in her voice is like a slight tremor before the eruption of emotion.

“Tina” opens with a question. Using footage of her from a stadium show (late ’80s) as she sings “Ask Me How I Feel.” Go on, ask her. How does the legend, Tina Turner, feel?

From her performance and her confident strut, it’s clear that she feels mighty, mighty-mighty good. Channeling every rocker you can imagine, dressed in ’80s big hair, and sweat pouring off her petite frame.

Then the film rewinds the clock, reminding us of how she started with Ike Turner’s Kings of Rhythm (1957). She was just a typical 17-year-old and before she was Tina Turner, she answered to Annie Mae Bullock. A typical teenager, she didn’t think she was pretty and she was forced to grow up fast because both her parents abandoned her, leaving a hole in her heart that took years to heal.

Directors Dan Lindsay and TJ Martin used the rich archival footage, home movies, and photographs to help the audience understand what challenges Tina had to deal with and conquer.

Tina’s life with Ike eats up the first half of the documentary, with his damaging insecurity laid bare for the world to see. The year is 1951, and Ike was the wind behind creating the first rock ‘n’ roll record, “Rocket 88,” but the song was credited to Jackie Brenston (the sax player in Ike’s band). That disregard for his contribution helped him develop an obsession and deep fear of not getting credit, and the artists who worked for him abandoning him.

It all started well with Tina and Ike and she even described her relationship with him as a trusting, and beautiful bond of salvation. For an abandoned woman, Ike became her family and she allowed him to shape her sound.

The success of the song “Proud Mary” brought them to a new level, thrusting Ike and Tina on the world's stage and they appeared on “The Tonight Show” or “Merv Griffin.” In one clip, Ike sits silently on the talk show giving Tina the stage to show off her fast wit and charming personality.

But inside their home, Ike’s domestic terrorism and control nearly broke Tina into pieces. He wanted Tina to become a star but to make himself feel confident, he cut her down.

Tina, as a performer, sent a sonic boom the moment she stepped on any stage. That pure, crackling energy touched her audiences, but in private, she lived in a constant state of fear.

In 1966 Phil Spector asked Tina (solo) to record the song “River Deep — Mountain High” and he was clear he didn’t want Ike in the studio. The song was supposed to be a monster hit but it failed.

Now living in Zurich, Switzerland, Tina was interviewed in 2019, at the age of 79, where she confessed that her life, itself, explaining it has become a kind of burden. It’s like the ghost of the late Ike Turner is still lingering, demanding equal time in her story.

The gritty facts about being under Ike’s control played out in the courtroom. Tina had to provide for her two sons, and Ike stuck her with paying the creditors for their canceled tour dates. When it seemed hopeless, she decided to free herself in divorce court, giving him jewels, cars, the rights to all of their recordings but she demanded, and received the right to keep her name. Long live, Tina Turner.

To keep the proverbial lights on, Tina went to work in Vegas and in cabarets. She danced and sang her way through this confusing time. She finally landed a new manager, Roger Davies (1979-2000) and it was his advice that she go public with her story, which worked out well for her in the end.

Tina told Davies her dream, which was to become the first African American woman rock ‘n’ roller to play in stadiums. The song that revolutionized her career, “What’s Love Got to Do with It,” was a song that Tina did not like. In the recording booth, she poured her essence into the vocals and transformed the song to fit her style.

At the age of 44 (1984), Tina released the song “Private Dancer” in an environment dominated by white men. A Capitol Records executive expressed his “feelings” on the subject providing insight on just how combative the environment was for Tina.

Yet onstage during this period, you understand why she triumphed and she didn’t just play these stadiums—no—she owned them, like the Queen she is.

“Tina” ends with a rocking performance she gave in Rio with a crowd of 186,000 + people, and each of them was mesmerized by her every move.

“Tina” just confirms what we already know about Tina Turner, which is she’s a force of nature, a musical genius, and a living legend. Long live Ms. Turner.

“Tina” — an HBO release of an HBO Documentary Films production.