What's Goin' On? Marvin said 50 years ago, we ask today 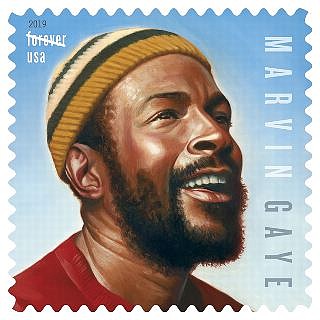 Seems like we’re in tune with quite a few. Brother Raheem DeVaughn let us know What’s Going On with him with the newest video release from his latest album, “What A Time to Be in Love.” While buzzin for a few months the song ‘Marvin Used to Say’ has finally gotten its visual companion to his fellow Washington, D.C. native and an obvious influencers Marvin Gaye. As a guest of the show “𝓣𝓱𝓮 𝓔𝔁𝓮𝓺𝓽𝓲𝓿𝓮 𝓢𝓾𝓲𝓽𝓮” while promotion for the then forthcoming project, Raheem spoke of the track, “It’s what the planet needed to hear. He’s (Marvin) someone that I always revered and studied. He used to say a number of things that were potent and important for this time. Reminding us of where we been, where we are, who we are and where we’re going versus how we’re treated, it touches on a lot of things and it’s a very special record for me.” The video proves worth the wait with a detailed time capsule look into the soul music of the 1970s and the essence of Marvin, replete with the wool toboggan, beard, Rhinestone decked denim and more importantly the strong content, which could easily get lost in the track.

Two weeks ago, a special aired called “A Grammy Salute to the Sounds of Change,” and fellow legend, seven-time Grammy winner Gladys Knight, was to cover a Marvin Gaye tune, but before she sang, she had this to offer, “I miss you so much,” said Knight. “I love your music, the way you write, the way you sing, the whole thing. You touch my spirit every time you sing a song...I do miss you, and this is one that is really relevant even today. We need to say to the rest of the world that we can love each other, and we need to bring forth what’s going on today.”

It’s a reason why this week we’re sharing memories. April 2, 1939 Marvin Pentz Gay Jr. took his first breath. April 2, 1984, on day shy of his 45th year on earth, he took his last breath. During his roller coaster-like life, he reached a perch that we all search for, immortality. Hate him or Love him his body of work has and will continue to shape the landscape of what music is. One in particular though…geeezzz. How can words describe the album ‘What’s Going On.’

A conceptual album from top to bottom; thematically, musically, lyrically, vocally and even packaging all combined for a genius piece of work. To think that the Greatest Album of All Time per Rolling Stone’s 500 Greatest Albums, may not have seen the light of day had the key executive at Motown/Tamala had his way. Afraid of what the lead single could do to the artist’s career, whom at the time was one of the labels’ cash cows was not a risk that he wanted to take. While we know the eventual outcome, we’re left to ponder how many other efforts as such have been suppressed following that same train of thought. Frankly, why have record labels and the music machines continued this practice? Is there really a conspiracy by an illuminati to mentally cripple us? Have they really discovered a way to weaponize our music against us? Evidence points that way but we needn’t be participants in our own destruction. Let’s think how life in society in general, African Americans in particular could have been altered had life imitated art in some respects. What if we had taken aspects of the crème de la crème pieces and incorporated into our daily dealings? The jewels from the now 50 year old, opus ‘What’s Going On” alone could have if not shielded, at least balanced what was pending. Would percs and molly be as effective if we knew that the self-destruction in our hands would bring the pain? Could we be as quick to let a choppa ring if we made an effort to save the babies? If we thought we can rock the worlds’ foundation together would we still feel compelled to not just dance with, but dance ON the devil?

Maybe I’m a dreamer. Alexa, track seven on the 50th Anniversary Edition please. Over and out. Holla next week. Til then, enjoy the nightlife.