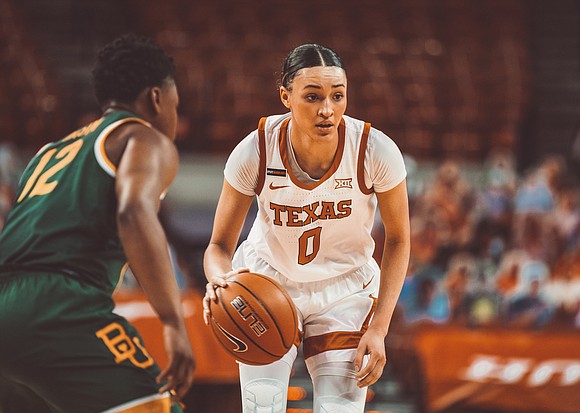 It’s been a wild Division I women’s basketball season. Players, coaches and staffs have navigated the pandemic and managed to pour their hearts into the game they love. This was never more apparent than since the top 64 teams convened in San Antonio, Texas for the 2021 NCAA Division I Women’s Basketball Tournament.

Teams from the New York/New Jersey area exited in the first round, but players with roots in the area made their marks on the tournament. Harlem native Jordan Nixon carried Texas A&M to the Sweet 16 with a buzzer beating shot. Nixon’s Aggies ended their run with a 74–59 loss to Arizona.

The battle for NY/NJ bragging rights came in the Sweet 16 matchup between University of Maryland and University of Texas at Austin. Representing New York and Texas was Long Islander Celeste Taylor, and representing New Jersey and Maryland was Diamond Miller. While the Longhorns trailed most of the game, their defense was impeccable. When they finally squeezed ahead of the Terrapins, they held on for a 64–61 victory. Taylor had 15 points, 11 rebounds and four assists, and Miller had 21 points, eight rebounds and two assists. With Texas advancing to the Elite Eight, Taylor prevails this time.

In the Elite Eight, South Carolina dominated Texas, defeating the Longhorns 62–34, holding them scoreless in the fourth quarter. “They are strong from every position,” said Haynes. “Zia Cooke is a great leader off the ball. She scores when her teammates need her to score…Victaria Saxton is doing a great job in the paint. She does all the intangibles. Aliyah Boston is just a powerhouse.”