The Yankees hunt for their 28th World Series title begins 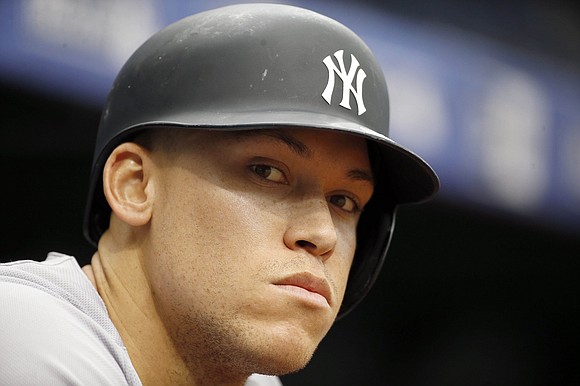 From personal tragedies, racial and social justice movements and life changing occurrences, abbreviated sports seasons may not seem important in the overall scheme of things. Yet sports is an important aspect of American life.

Today is Major League Baseball’s Opening Day. In almost all years, the fan base of each team, and the team itself, hopes for a winning season, a postseason bid, and possibly a championship. The simple hope for this Opening Day is that it’s the beginning of normalcy in the face of the country, the world, still battling the COVID-19 pandemic.

For the Yankees, they look to return to the norm of winning World Series. The franchise has lost more World Series championships, 13, than the St. Louis Cardinals and the Boston Red Sox, MLB’s second and third most winningest organizations, have won. The Cardinals have 11 and the Red Sox 9. The Yankees’ count is 27, a number they’ve been stuck on since 2009.

The hunt for their 28 starts today in the Bronx against the Toronto Blue Jays. It’s the first game of a three-game homestand versus the Jays. Games 2 and 3 are scheduled for Saturday and Sunday. The Yankees ace, Gerrit Cole, who they signed as a free-agent in December 2019 to a nine-year, $324 million deal, the most ever for a pitcher, will be on the mound for the opener.

This season, 10,580 patrons will be allowed per game at Yankee stadium, 20% of its capacity under New York State’s current COVID restrictions. Cole and his teammates are anxious to play a full 162-game season as opposed to the 60-game MLB slate that was cut short in 2020 as a result of COVID. The Yankees finished 33-27 and in second place in the AL East and lost 3-2 to the Tampa Bay Rays in the American League Championship.

With the addition of two-time Cy Young Award winner (2014, 2017) Corey Kluber, who has pitched only one inning since May of 2019 due to injuries, Jameson Taillon, Jordan Montgomery and Domingo Germán, as well as Luis Severino, expected to return to the roster in the early summer from Tommy John surgery, the Yankees starting rotation has the potential to be deep and dominant.

The everyday lineup is loaded with lethal hitters as outfielder Aaron Judge, shortstop Gleyber Torres, infielder DJ LeMahieu, DH Giancarlo Stanton and company are capable of being near or at the top of baseball in run production. The disclaimer is health is the key. Case in point: First baseman Luke Voit, who led the majors with 22 homers in last year’s shortened season, has a partial meniscus tear and there is no timetable as of today for his return.