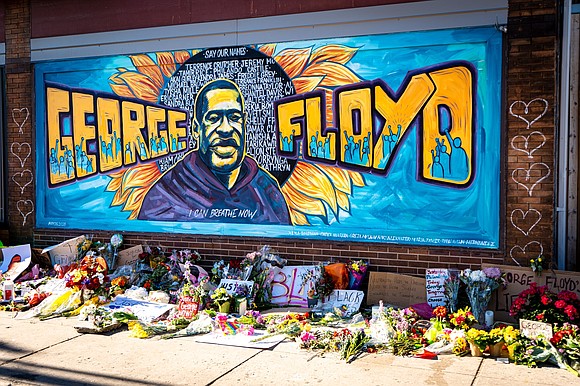 After a riveting second day of testimony in which six witnesses recounted the death of George Floyd, two Christophers—Martin and Belfrey—took the stand in Minneapolis on the third day of the historic trial. Martin, the young clerk at the Cup Foods convenience store, vividly recalled that momentous day when he received a counterfeit $20 bill from Floyd for the purchase of cigarettes. Belfrey, 45, just happened to drive up when Floyd was being arrested and manhandled to the pavement by officers.

The trial of Derek Chauvin, facing second and third-degree murder charges and manslaughter, was halted momentarily when a juror secured attention and asked to be excused. Judge Peter Cahill acceded to her wishes, suggesting she was suffering from a trial related illness.

With the convenience store’s videos, both inside and outside, along with Belfrey’s that captured Floyd’s arrest, the juror gained a broader context of the tragic event, though they were totally immersed in the trial from day one, to say nothing of the six witnesses on Tuesday. And none of them were as compelling and dramatic as the testimony from Darnella Frazier, whose video of former police officer Chauvin’s knee to Floyd’s neck for more than nine minutes has been garnered her worldwide attention.

Martin’s testimony took up almost the entire morning as he told the prosecutor Jerry Blackwell and later under cross by defense attorney Eric Nelson a detailed encounter with Floyd and the subsequent calling of the police and his conversations with the store’s manager. Repeatedly, Nelson asked him about Floyd’s condition, and Martin said he appeared to be high.

Chauvin, 45, and no longer an officer, sat without emotion, though he was asked to remove his mask in order to be identified by witnesses. If convicted he could be sentenced to 40 years in prison.

There was much anticipation on the third day with firefighter Genevieve Hansen’s return to the witness stand. A testy encounter had occurred between her and attorney Nelson, who had to be chastised by Judge Cahill for his intemperate behavior. Hansen’s testimony was gripping. “I literally watched police officers not take a pulse and not do anything to save a man,” she said. “And I am a first responder, myself, and I literally have it on a video camera. I just happened to be on a walk. This dude—this—they fucking killed him,” she told the 911 operator.

Though there have been efforts to play down the racial aspects of the trial, it’s difficult to see how that will be avoided given that an unarmed Black man was pinned to the pavement by a white officer with witnesses hearing Floyd scream “I can’t breathe” asking for his mother. The 12 jurors and three alternates include three Black men, one Black woman, and two jurors who identify as multiracial.

Meanwhile, the gavel to gavel coverage can be seen on Court TV that brought it to prominence during the O.J. Simpson trial.

It was horrifying watching the brutal arrest—no, make that execution of George Floyd—documented on the body cameras of Officers Thomas Kane and J. Alexander Kueng on the third day of the Derek Chauvin trial on Court TV. Not until the arrival of more officers, including Chauvin, were they able to subdue and completely secure Floyd who was already handcuffed. It took them nearly an hour to manhandle his powerful twisting body, the pumping legs, and pin him to the pavement.

Floyd was now perfectly placed for Chauvin’s knee to his neck, another officer’s knee to his back, but not enough to quell his pleas of mercy, painful cries for his mother, and repeated screams “I can’t breathe.” Those words of finality echoed like the ones heard from the compressed neck of Eric Garner on Staten Island that fatal day on July 14, 2014.

The cops were still atop Floyd’s prone, pulseless and unresponsive body when the paramedics arrived. Gone was his vanishing strength that clawed at the tires of the cop van, gone were the heedless yells that “I am not a bad guy,” and gone was the man who seemed harmless as he ambled around Cup Foods, at one point his arms around a female friend.

Lt. Jeff Rugel, a surveillance and body camera expert was on hand to explain what was clearly evident—a Black man had been unmercifully lynched on the streets of Minneapolis in broad daylight as onlookers, aghast, watched helplessly, frozen in stark horror. During one video segment you can see Charles MacMillian daring to approach the cops, pleading with them and with Floyd to stop resisting “you can’t win.” Floyd replied, “I am not trying to win.” Earlier in the day, MacMillian appeared as a witness and was unable to contain his grief as he watched the incident. His composure was so shattered that a halt was called for him to recover and resume testifying.

The video clips from the police body cam amplified the footage submitted by Darnella Frazier and Christopher Belfrey, providing additional context to the crime scene. More video was shown from Officer Tou Thao’s body camera, and conveniently, Chauvin claimed his camera fell to the ground during the tussle with Floyd.

These scenes are sure to play a pivotal role in the outcome of the trial, particularly the cause of Floyd’s death, with defense attorneys contending he was high on drugs and other preexisting conditions.

That makes it sound like a pandemic of a different order, a malady of systemic racism, an original part of America's body politic.