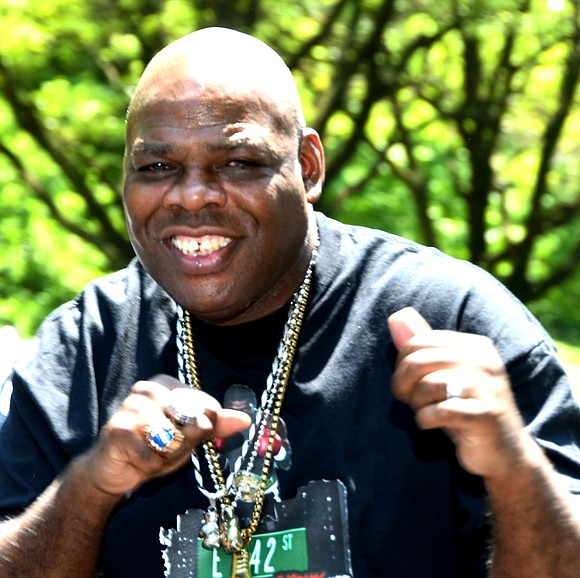 For the past year and change the COVID-19 pandemic has affected people from all walks of life and no one is exempt, including celebrities and all star athletes. When legendary 4-time world boxing champion, Iran “The Blade” Barkley, was diagnosed with the lethal ailment last month he courageously faced the challenge just as he had all previous opponents in the squared circle throughout his boxing career.

“Oh well, something else I gotta deal with,” Iran responded when asked what his reaction was upon learning he had contracted it. “I’m gonna beat it. I was in good shape. I was training at Gleason’s Gym up until I got sick.”

The native Bronxite said he and his spouse paid a visit to Columbia Presbyterian Medical Center in the Bronx on Sunday March 14 after he began feeling lethargic with a slight fever, and had lost his appetite.

“I felt funny, didn’t feel like eating or drinking anything. Then me and my wife said, ‘Let’s go to the hospital,’ and they kept me,” he recollected. “If I wasn’t in shape I probably wouldn’t be hear.”

He remained hospitalized for three days, while being administered lots of water, pills and hot tea; “to flush me out,” the champ added.

When asked how he contracted the deadly disease, he joked, “I probably caught it at the hospital. I felt sicker in the hospital because I was around a lot of sick people, and I wanted to get away from them.”

The Bronx warrior said he’s working out lightly at home and is anticipating the quarantine to be lifted so he can resume his training duties in the boxing gym as he was doing prior to the pandemic unleashing its wrath.

For now, The Blade is “back at home, definitely feeling good, just recovering, taking my time, doings things moderately and taking it light. I’m feeling good. Without a doubt I knew I would recover!”

To support the campaign to induct Iran “The Blade” Barkley into the International Boxing Hall Of Fame in Canastota, NY, sign the petition at: https://www.gopetition.com/petitions/campaign-to-induct-iran-the-blade-barkley-into-the-international-boxing-hall-of-fame-in-canastota-ny.html.