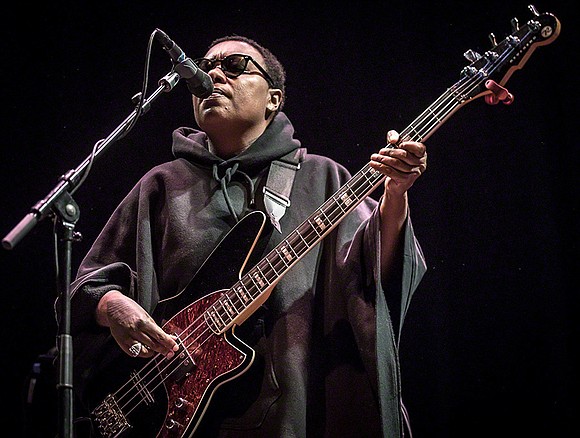 As we have reached the one-year mark living in the horrific grip of this coronavirus, it’s evident that jazz and life are both improvisational players. Just like John Coltrane improvising on “Song of the Underground Railroad,” America had to adjust to new rhythm forms. Through readjustments, deliberate sacrifice, serious improvising (among family, friends, neighbors and work) and with the vaccine playing a major note we are closer to the tunnel’s light.

As we move forward, jazz clubs are beginning to open their doors to audiences, and with the warm breeze of spring and summer outdoor concerts will once again shine under the sun. Artist-focused non-profit Giant Step Arts partnered with Jazz Generation’s KEYED UP! for a new edition of the concert series Walk With The Wind. The Free performances began April 4 in Central Park and honor the legacy of congressman and civil rights leader John Lewis. The shows run from 11 a.m. – 3 p.m. and feature at least two bands. The concerts curated by jazz photographer Jimmy Katz and drummer/composer Nasheet Waits will be rescheduled in case of inclement weather.

“The pandemic has been disastrous for musicians, many of whom normally earn a living through live performances and tours,” says Katz. “We wanted to find a way to continue supporting musicians, bring them together with audiences safely, and enable them to have a payday! Walk with the Wind, honoring the legacy of the great American John Lewis, is one way we are accomplishing this, and the response has been tremendous.”   The well-received series, which began Aug. 28, 2020, presents some of the most exciting on the edge musicians on the scene that have included Wayne Escoffery’s trio, Marcus Strickland Trio and the Joel Ross Quartet. For a complete listing that goes into May visit the website Giantsteparts.org.

The 2021 annual BRIC Jazz Festival is one of NYC’s most anticipated festivals. The festival is celebrating its sixth year in downtown Brooklyn (the borough is quickly regaining its reputation as one of the city’s leading jazz hotbeds dating back to the 1940s). This year’s music marathon takes place April 8-10 at 7 p.m., a three-night virtual music marathon due to COVID-19. The festival is known for its presentation of off-the-edge musicians, exciting newcomers and jazz legends. It will be streamed live from the BRIC House and hosted by WBGO’s Keanna Faircloth.

To celebrate the inventions and dimensions of jazz, the virtual festival will include performances from trumpeter and activist Keyon Harrold, Phony Ppl, Nikara presents Black Wall Street, multidisciplinary artist and vocalist Justin Hicks, and MAE.SUN among others.

“This is going to be my first virtual gig, but I am happy for the work,” said Ndegeocello. “BRIC is a great place to play and I definitely want to support the community, this is a very important place.” Ndegeocello is also the guest curator along with BRIC director of the Performing Arts Lia Camille Crockett and co-curator Brice Rosenbloom.

BRIC by going virtual will deliver a safe weekend, and offer essential workers and those confronting hardships a special pricing option as a small token of gratitude.

Louis Armstrong was more than just smiles and a white handkerchief, he was a committed activist and of course, one of the greatest musicians to walk the planet. This year’s annual Armstrong Continuum celebrates the life and legacy of the musician with a virtual two-day symposium & concert centered on his music, life, and work, April 8-9.

This symposium is dedicated to the memory of the writer Stanley Crouch, who for many years served as president of the Louis Armstrong Educational Foundation. This year’s Armstrong Continuum is mindful of Crouch’s eloquence on the subject of Armstrong. In an effort to measure the man’s musical influence, Crouch turned to the vastness of the sky. “Louis Armstrong is always above us,” he wrote.

April 9 begins at 9am with a host of seminars including Armstrong’s Influence on 21st Century Jazz Artists with talks by Rene Marie, Jason Moran, Bobby Sanabria and James Zollar, moderated by Jackie Harris.

This event is free and open to everyone but registration is required.

For a complete listing or to register, visit louisarmstrongfoundation.org.