The Jets trade Darnold and start over again at QB 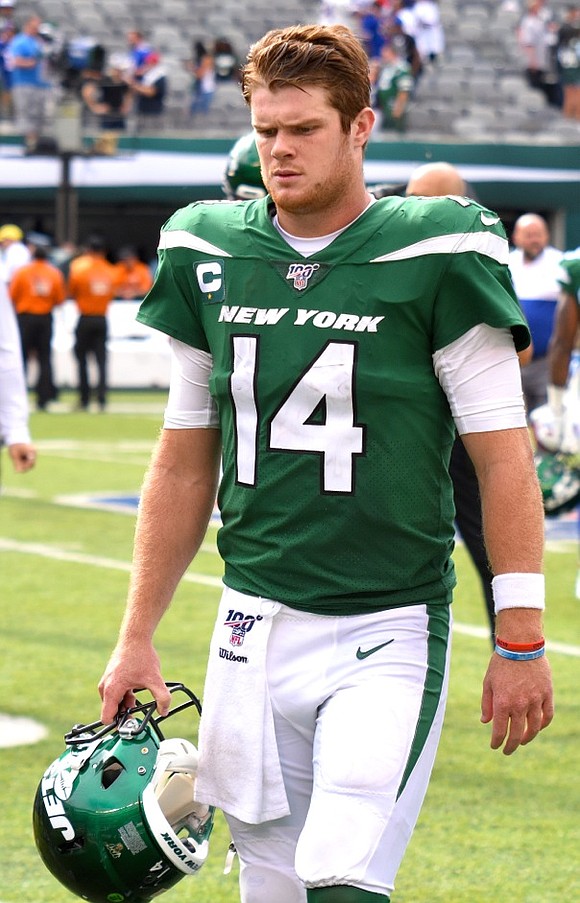 The Sam Darnold Era is over. It never met the expectations that he, the New York Jets and their fans hoped for. Darnold didn’t become the Jets’ franchise quarterback.

He was traded Monday to the Carolina Panthers for three draft picks. A sixth-rounder in this month’s NFL Draft, and second- and fourth-round picks in next year’s draft. He departed the Jets the way that he was acquired—through trades.

The Jets traded up for Darnold in the 2018 draft, exchanging their sixth pick in the first round with the Indianapolis Colts for the third overall pick, two 2018 second rounders (the 37th and 49th picks) and a 2019 second-round selection in 2019 to select the quarterback from USC.

Darnold, who turns turning 24 in June, endured playing under two head coaches, a revolving offensive coaching staff, a change of general managers, questionable offensive talent around him, a foot injury in his rookie year, a bout with mononucleosis in his second season, which causing his spleen to swell, and a shoulder injury last season. He played in 38 out of 48 games in his three seasons with the team, starting all 38.

“He is a tough-minded, talented football player whose NFL story has not been written yet,” said Jets GM Joe Douglas, also acknowledging the “commitment, dedication and professionalism” that Darnold displayed with the Jets.

“We thank Sam for all of his work on behalf of this organization and wish him well as he continues his career.”

Douglas replaced Mike Maccagnan in 2019, the GM who orchestrated the Jets’ drafting of Darnold. Douglas gets to choose the Jets’ next franchise QB hopeful, as they hold the second overall pick in this year’s draft. Last year, in 12 games, Darnold threw for 2,208 yards, nine touchdowns and 12 interceptions, and had a 59.6 completion rating.

Darnold’s first two seasons were far more productive. Under former Jets head coach Todd Bowles, now the defensive coordinator for the reigning Super Bowl champion Tampa Bay Buccaneers, Darnold threw for 2,865 yards, 17 touchdowns and 15 interceptions in his rookie campaign. He followed up with 3,024 yards passing, 19 touchdowns and 13 interceptions in Year 2 playing for Adam Gase, who replaced Bowles. The Jets fired Gase this past January after he went 9-23 in two seasons.

With Darnold, the Jets were 4-12, 7-9 and 2-14. He earned $30.25 million dollars, which included a $20 million dollar signing bonus. The opinions on Darnold are split. Many people that closely follow and analyze the sport, NFL personnel and fans alike, think Darnold can be still a franchise-caliber quarterback. Others believe his ceiling is mid-to lower-tier starter. In the near future it may be proven the Jets made the right decision or a huge mistake giving up on a young QB who was in a bad situation that stunted his development.