The Nets fight for first while trying to get whole 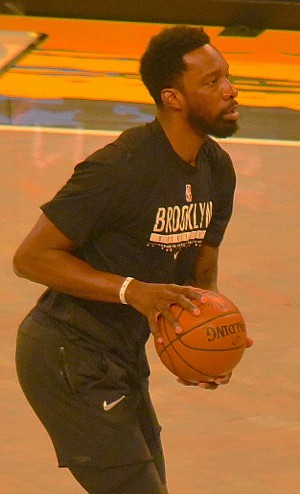 Going into last night’s (Wednesday, April 7) game against the New Orleans Pelicans at the Barclays Center, the Nets had been without Kevin Durant for their previous 23 games as he recovered from a left hamstring strain. As Durant is back in the fold, Harden’s right hamstring now has him shelved for what the team has said will be the next 10 days.

Harden, the NBA’s Eastern Conference Player of the Month for March, missed the Nets’ games versus the Charlotte Hornets last Thursday and the Chicago Bulls on Sunday, but was able to start Monday night’s game against the Knicks at home, a narrow 114-112 Nets’ win. However, four minutes and 22 seconds in, Harden asked to be removed. He was diagnosed with a hamstring strain.

Currently the NBA’s assists leader at 10.9 per game, Harden was injured last Wednesday when the Nets defeated the Houston Rockets in Brooklyn 120-108 and didn’t play in the fourth quarter. Harden’s injury comes at a time when the Nets are fighting for first place in the conference. They were 35-16 as of Tuesday, a half a game ahead of the 34-16 Philadelphia 76ers and and two games in front of the Milwaukee Bucks, who were 32-17.

Harden, Durant and Kyrie Irving, a group known as the Big Three, have only played together seven times since Harden was acquired by Brooklyn three months ago from the Rockets in a trade. Durant, who sat out last season and the start of this one, injured his hamstring on the Nets’ West Coast trip in February. Ironically, both he and Harden were injured during games against their former teams. Durant strained his hamstring facing the Golden State Warriors.

The Nets had hoped the three would have had more time on the court together to build chemistry and acclimate the team’s most recent prominent additions, veterans Blake Griffin and LaMarcus Aldridge. Harden, who also was the East’s Player of the Month for February, is the first Nets player to ever win the award back-to-back. He has 11 total in his 12-year career.

They have the Los Angeles Lakers Saturday night at home, and road games against the Minnesota Timberwolves (Monday) and Philadelphia 76ers (Wednesday) next week.