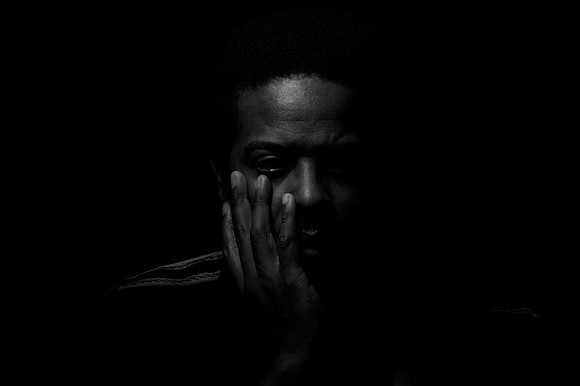 While millions of people have been vaccinated and businesses are opening up to a greater capacity, virtual live-streaming is still in full effect. On April 20 (7 p.m.) Rome Neal’s Banana Puddin’ Jazz will present “Brooklyn in the House” as part of the 22nd annual Central Brooklyn Jazz Festival.

“Brooklyn in the House” will celebrate the borough’s rich history of jazz dating back to club owner Richard “Dickie” Habersham, who owned Dickie’s Monterey; the New World on Flatbush Avenue; the Uptown Lounge on Sterling Street; and most notably the Blue Coronet (in the Bedford-Stuyvesant community) in the 1960s through the 1970s. Miles Davis, Roy Haynes, Max Roach, Abbey Lincoln, Randy Weston, Wynton Kelly and Mickey Bass were all club headliners.

Black Lives Matter but this past weekend another young Black man Daunte Wright was killed as the trial of George Floyd’s police murderer progresses. This is an ongoing serial of United States domestic terrorism upon Black people routinely killed by white policemen who wear their deliberate act and lack of remorse as a badge of white supremacy.

While stuck in the Black struggle, the revolution for social justice to be equal, to be free has been raging on since our ancestors walked through The Door of No Return on the island of Goree, Dakar Senegal. As we forge ahead we can stand up, raise our fists, shout out, cry, dance and learn from the multi-instrumentalist, composer and producer Adrian Younge’s latest album “The American Negro (Jazz Is Dead).”

This album with its 26 cuts is the most prolific recording of the century. It is required listening for all Black folks and those committed to REAL justice. The lyrics will pierce your brain like an injection of truth serum. The song introductions are mini Black history lessons related to the now. Younge speaks with the depth of Dr. Ben, Malcolm X, Kwame Turre, or Dr. Greg Carr. Like Gil Scott-Heron and his Midnight Band, Amiri Baraka’s Blue Ark Word Music Band and The Last Poets, Younge teaches with a band that swings with vocals that vibrate so deep in your soul you wanna holler.

“The March of America” is a funk tune in the sphere of Issac Hayes and “American Negro” swings in the rhythm of Donald Byrd and the Black Byrds. “Rotten Tomatoes” has a rhythmic flow accented by strings of the Linear Labs Orchestra. Younge says he has 25-30 rotating musicians that play in the orchestra.


NO!—this is no everyday album, this is Black music at its best. It’s the damn truth swinging with Black love and the hatred committed to destroying all it is through illusion and death. “I view the world through the stained glass of history that questions whether I am even human,” is one of Younge’s lyrics from the composition “Double Consciousness.”

He dedicates the song “George Stinney, Jr.” to the young man, who at the age of 14 became the youngest person in U.S. history to be convicted and executed by the electric chair (1944). The song may bring tears to your eyes and the lyric that hits you is “I’m going to heaven where Black boys can fly.” The lyrics bring back thoughts of 14-year-old Emmitt Till and 12-year-old Tamir Rice. This ain’t no everyday album. This is Younge playing multi-instruments on every tune that include acoustic piano, electric basses, guitar, alto saxophone, bass clarinet, vibraphone, drums and percussion. The chorus features Loren Oden, Sam Harmonix, Chester Gregory and Jazmin Hicks.

“Black music is the soul of our ancestors speaking to us,” explained Younge. “This music has a serious message but you can dance to it. We don’t want people to have a dead soul. We have to be aware, speak on it, enjoy life and have fun.”

Younge, who holds a law degree, became interested in playing instruments at the age of 18. He says it started with his interest to make beats and just developed into learning all the various instruments. The entire album was recorded in his studio in Los Angeles. The studio which I could see during our Zoom interview is quite spacious and as he proudly noted, “I do not use any computerized equipment for my recordings, this is state-of-the-art vintage equipment. For me this is the best sound.”

“The American Negro” songs and dialogue all written by Younge are missiles of knowledge that entertain like a Chester Himes novel or a Langston Hughes poem. Younge’s liner note booklet has the same intensity as reading “They Came Before Columbus (Ivan Van Sertima),” “The Power of Black Music” (Samuel A. Foyd, Oxford press) or “Digging: The Afro-American Soul of American Classical Music” (Amiri Baraka, UC Press).

To totally understand the gravity of “The American Negro” message, Younge also released a four-part podcast “Invisible Blackness with Adrian Younge” that includes conversations with Chuck D. and others; and a short film “T.A.N.” Both are available via Amazon Music and Amazon Video.

“I am trying to provide a perspective for people,” said Younge. I wanted to use all forms of media to spread the word of ‘The American Negro,’ it is the most important piece of work I have done in my career.”

Despite not having a high school education which he had to give up to support his family, Richard Wright still became one of America’s most influential writers. He is best known for his novel “Native Son.” Published in 1940 it was selected by the Book of the Month Club as its first book by an African American author, a daring choice at the time. His memoir “Black Boy” and anthology “Uncle Tom’s Children” (1938) also earned him national attention.

Richard Wright wrote “The Man Who Lived Underground” in the 1940s just after “Native Son.” He considered it his finest work—but American publishers wouldn’t touch it. It tells the story of Fred Daniels, a Black man framed by the police for a double murder. Brutally beaten until he confesses, Daniels escapes into the city’s sewer system, initiating an uncanny underworld journey into the dark heart of American life.

To register for this LOA Live presentation, go to: webmaster@loa.org