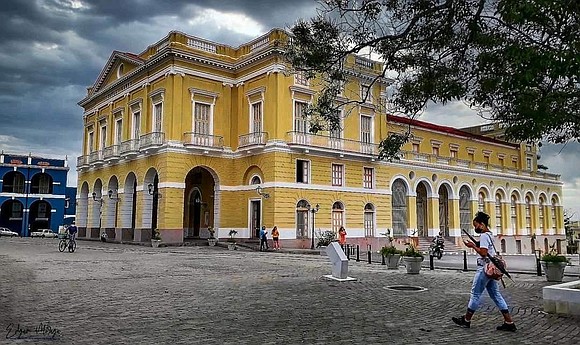 For the last two weeks Matanzas, a predominately Afro-Cuban province in western Cuba, has seen a decrease in positive COVID-19 cases, after being considered an epicenter of the new Delta variant of the coronavirus pandemic on the island.

Strict social distancing measures were applied, and sanitary hygiene protocols were strengthened to control the disease which had put the hospital system in this region under strain.

Among the measures was the isolation of all people with positive rapid tests and of their contacts, in addition to the administration of Nasalferon in the first 24 hours after its arrival in primary public health care.

On his Twitter account Cuba’s President Miguel Díaz-Canel @DiazCanelB wrote that “at the peak of the epidemic the number of deaths in one day in Matanzas unfortunately reached 33. In the last few days, the average number of deaths due to #COVID19 there is 5 and even if it were one it will still hurt, but the province is working hard to reduce that terrible indicator.”

Although the figures are now down from a thousand cases a day, the investigation, the disinfection of homes and the care of COVID-19 patients cannot be neglected, according to statements by government authorities.

Today, nearly 50% of Matanzas residents over the age of 19 have been inoculated with Abdala, the first vaccine in Latin America and the fourth most effective in the world. Risk groups such as pregnant women are also included in the vaccination schedule.

In this fourth resurgence of COVID, solidarity and donations from state entities, Cuban civil society and non-governmental organizations inside and outside of the country have been fundamental, even though the embargo imposed by the United States on Cuba persists.

Despite the encouraging news, Cuban experts and scientists predict difficult weeks in the current COVID-19 situation.