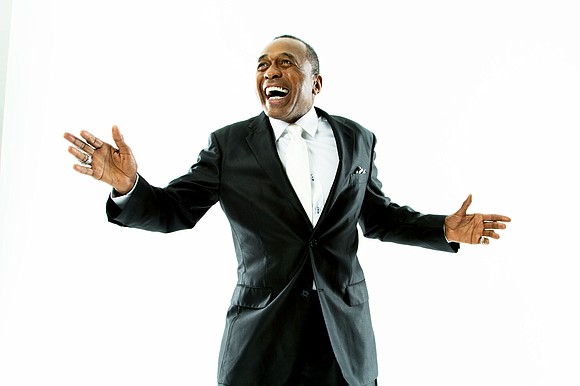 Can you imagine taking an online master class in acting, with award-winning thespian Ben Vereen as your instructor? Can you picture having one-on-one classes with the man who won both the Tony and Drama Awards for his Broadway debut in “Pippin?” The 74-year-old phenom has starred in countless Broadway musicals including “Jesus Christ Superstar,” “Fosse,” “Hair,” “Jelly’s Last Jam,” “Chicago,” and “Wicked.” He is well known for movies like “Sweet Charity” and “All That Jazz” and I know I personally was introduced to him as Chicken George in “Roots” on television. Ben Vereen’s talent is beyond measure, as is his wisdom, his sincerity and his humility. And as of Jan. 25, students at Bay Street Theater & Sag Harbor Center for the Arts could not only imagine it but experience it, as Ben Vereen started giving an eight-part online master class in acting.

Ben Vereen was thrilled to talk about this class, which runs through March 15. “We’re in a new paradigm right now where video, chat and Zoom calls are the norm. We as artists have to wrap our talents around that, figure out how to relate and give our best. All of us. I took the challenge because I want to experience that and find a new way to create a paradigm. I want to give something to these young people and we’re learning together. When they came to me with this I was flattered. Scott Schwartz, Steven Schwartz’s son, and the artistic director of Bay Street Theater & Sag Harbor Center for the Arts brought it up to me. I feel like Davey Crockett embarking on a new frontier. He said ‘We have this opportunity to do this, Ben. I want you to get involved with us and do a master class.’ I was also asked due to my experience and where I’ve been could be helpful to a lot of people, that’s what I want,” Vereen shared.

During these master classes, Vereen will guide students through musical theater and monologues, working on either a portion of a song or a monologue of their choice, breaking down the form and language, before circling back with an individual sense of style and self-confidence. Following each person’s performance, he will have a question-and-answer session involving the other students. Vereen is definitely no stranger to giving master classes. He recalled, “I’ve been doing this quite a while, I did a master class with Charlie Chaplin…. I want the students to come away with a knowledge of themselves and a confidence in themselves. Not to hold on to fear, go past that. Past mistakes are your wisdom steps to where you are today.”

Anyone who has ever been to one of Ben Vereen cabaret shows, where he bares his heart and soul, knows that he is not only a masterful actor but also a very spiritual person. Part of what he is striving for in doing the master classes is to assist his students in connecting spiritually with themselves. “Spirituality, oh yes, it’s the core of everything. We are spiritual beings having a human experience. In the book of Isaiah, it says my people are ignorant because they forgot who they are. We have to get back in touch with that. When you least expect it, miracles show up. A miracle is the fact that you woke up today. God, Allah, Buddha, Jesus, gives us a dash (-), our lives is that dash. What will we do with that dash? Will we make it wonderful for ourselves or will we make it destructive? It’s not about preaching to my students, it’s about having a conversation. If I can give you some wisdom Bravo, if I don’t Bravo, it’s okay, at least you showed up.”

Vereen was very happy following his first session. He worked with 6 students, one-on-one, varying between 20 minutes to 30 minutes per person. “When I get into a young person we get to talking and we get deep. It depends on how much that child wants to unveil themselves. I want you to come with a willing heart and then we can build back. One week we’re going to have movement class. Acting, singing, dancing is all one. I want to have someone talk about accounting, you have to know your business, then you can show everybody. I want these young people to get a foundation, how to balance an account book. I want to have a physical therapist and occupational therapist to come on to talk to the students about how they would use those small muscles. I want them to have an accountant, so when they have to hire an accountant they know who to go to. I want them to have a business man or manager and know what their job is. I want them to know what to look for in an agent. I call this the path to excellence. The excellence you’re seeking is seeking you. Yesterday was magnificent. Exhale expectations, inhale peace. Be in the now,” he admonished. “These are crazy times, but these could be creative times.”

Vereen is a dedicated philanthropist and is committed to helping others through his various undertakings. He is the ambassador to the Urban Voices Project, a homeless choir and performed with the choir in a virtual fundraiser. The Skid Row-based choir wants to change the narrative and perception of homelessness toward one of agency and community. Humbly explaining his dedication to this cause he said, “There but by the Grace of God go you and I. If we remember that we are our brothers’ and sisters’ keepers the world would be a better place. In L.A. how many people are in tents, it breaks my heart. I love Urban Voices because they use the arts to turn their lives around. They do it with singing, acting. I wanted to provide for the homeless to care for the medical care they need. Urban Voices is a homeless choir created by Leyva Sopher. They do some wonderful work. They’re all homeless people. I love that they say I have a song in my heart and I want to sing it for you. We are having a meeting next week to bring more people into this project to bring us together. The homeless situation is worldwide, we can heal it. You have to listen to the prophets of everlasting good. Some years ago I gave a speech for a fundraiser for the homeless. I mentioned the Jesus I know hung out with the homeless. So, the next time you see a homeless person you don’t know who that really is, you better be good to him.”

In addition to fundraising for the homeless, Vereen uses his talents to help various other organizations. He has performed with the NYPD Jazz orchestra at a gala. He performed and directed a “Virtual Vereen and Friends” to benefit Care For the Homeless. He did multiple performances for the Actor’s Fund, during these unprecedent times, as part of the Rosie O’Donnell show, OnStage At Home With Frank DiLella, he performed at Bay Street Theater’s Starry Night Gala, one of his concerts from 54 Below was streamed as a fundraiser for First Responders and he did a program for Jewel’s Wellness Experience through her Inspiring Children Foundation. He is also an ambassador to Broadway in the Hood, which provides arts and education to inner city kids. What about these organizations truly touched his soul? Vereen candidly recalled, “Somebody was there for me––Benjamin Raskin, my principal in Junior High School. Dr. Hill, an educator at my Junior High school in Brooklyn had the class with all the thugs. In Junior High School I was a thug. My gang was the Crossaire Lords, our colors were green and white. Dr. Hill said get rid of the green and white, I have something I want you to do. He put me in a production of ‘The King & I,’ I played the interpreter. The production had an all-Black cast and orchestra. I had never seen that before. Raskin told me to try out for the High School for the Performing Arts. I did. I went before Dr. Rachel Yocom, principal of the dance department, I did a terrible audition before Jerome Robbins, Martha Graham, George Balanchine. I did a dance to ‘Killer Joe,’ a Quincy Jones song. Then I saw young people doing real dance moves. Dr. Yocom asked if I wanted to go to the school. Next thing I knew my mother got a letter saying I was accepted. The arts turned my life around, that’s why I try to get with everybody I can.”

Another project that Vereen is involved with is The Thankful Project. After Vereen had back surgery he was rehabilitated at Kessler Rehabilitation Hospital in New Jersey. He saw an actor from his days with “Wicked,” Jerad Bortz, who was also in rehab. Vereen encouraged Bortz explaining, “Whatever I’m going through I say, ‘It’s just today.’” Steven Skeels, Bortz husband wrote a song, “THANKFUL: An Album for Jerad Bortz” and Vereen performed and recorded the song. “I think that’s the song we all need to hear and right now with what we are going through. There’s a power in us, you have to believe in it and it will make things all right. You have to believe in it. Give it up. It’s not my will be done, it’s thy will be done.”

Regarding his mission in life, Vereen said, “I’m a poet, I leave my light in the window, so others can see the light and find their way through the dark. And we’re in a period of darkness right now. My prayer is that we have the consciousness to let it shine. Those old spirituals come in handy sometimes. Please keep looking up, let’s walk toward the light hand-in-hand. It’s a spiritual thing beyond religion. Let us share and give life.”

Looking toward the future, Vereen is currently working on a television pilot called “Midas”. He also does motivational speaking virtually around the country. Vereen asked, “Please take care of yourselves and please be safe and do what you must do so you can come to my shows when we’re back together.”