IT IS STILL ‘WAKANDA FOREVER!’ 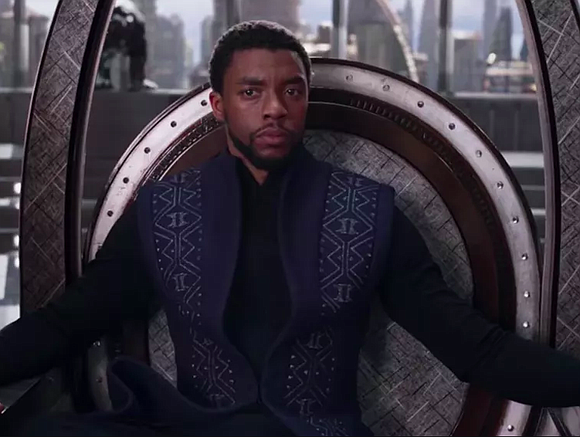 When the world caught a glimpse of what a Black utopia would look like, the image was so empowering that the race of the people not just occupying the land but responsible for its splendor was put on the back burner. Is it, however, a case of being transfixed on the charismatic Monarch, King T’challa, or is it really Wakanda FOREVER!!? A definitive answer is a few years away as the world anxiously awaits how the country bounces back from a war that took place on their hallowed ground as well as the new ruler of the land. In layman’s terms, production is slated to begin later this year on “Black Panther 2” despite the unexpected, tragic passing of Chadwick Boseman, arguably the catalyst to the whole discussion. While the brain trust and production company are putting finishing touches on how the story will unfold, a major break was announced this week regarding the franchise. A series focused on the land and people of Wakanda is in development at Disney+ and will be overseen by director Ryan Coogler. As projected, the series is part of a new multi-year overall television deal Ryan Coogler and his Proximity Media have signed with The Walt Disney Company and will include other television projects in the future. The deal will enable Proximity to develop shows for other divisions of the Walt Disney Company as well. Along with Coogler, Proximity’s principals are Zinzi Coogler, Sev Ohanian, Ludwig Göransson, Archie Davis and Peter Nicks.

“It’s an honor to be partnering with The Walt Disney Company,” Coogler said. “Working with them on ‘Black Panther’ was a dream come true. As avid consumers of television, we couldn’t be happier to be launching our television business with Bob Iger, Dana Walden and all the amazing studios under the Disney umbrella. We look forward to learning, growing and building a relationship with audiences all over the world through the Disney platforms. We are especially excited that we will be taking our first leap with Kevin Feige, Louis D’Esposito, Victoria Alonso and their partners at Marvel Studios where we will be working closely with them on select MCU shows for Disney+. We’re already in the mix on some projects that we can’t wait to share.”

A bright future is ahead for the Black Panther, but in the immediate future there’s heat surrounding a story about the Black PANTHERS (plural); part of the REAL-life Avengers!! February 12 select theaters and HBO Max will premiere “Judas and The Black Messiah.” The film depicts the story of Chairman Fred Hampton’s rise within the ranks of the Illinois chapter of the Black Panther Party, and its subsequent infiltration by FBI informant William O’Neal. Chairman Fred Hampton is played by Academy Award nominee Daniel Kaluuya and joined by Lakeith Stanfield as William O’Neal. The rollout of the project has a component that cements the importance of what this film means. Participant, the leading media company dedicated to entertainment that inspires audiences to engage in positive social change, and Warner Bros. Pictures announced the “Judas and the Black Messiah” impact campaign during a summit to promote Warner Bros. Pictures and MACRO’s upcoming film, “Judas and The Black Messiah,” which Participant and BRON Creative co-financed and executive produced. MACRO is also a co-financier of the film.

In partnership with Participant, Warner Bros., Chairman Fred Hampton Jr., as well as national and Chicago-based organizers, the campaign will educate audiences with a more comprehensive history of the Black Panther Party, connect its legacy to today’s movement for Black lives and empower audiences to join local organizations advocating for Black communities, while amplifying the Black Panthers’ legacy and the urgency of Hampton’s story today. The campaign will be partnering with grassroots organizations such as Until Freedom, My Block, My Hood, My City, Maafa Redemption Project and LIVE FREE, among others. “In addition to the old axiom ‘a picture is worth a thousand words,’ Minister Huey P. Newton of the Black Panther Party stated, ‘action is supreme,’” said Chairman Fred Hampton Jr. of the Black Panther Party Cubs. “Let this movie not be minimized to only that of millions of words, but serve as an additional mobilizer for the masses, for the movement in the already ongoing protracted struggle for self-determination.”

A few highlights of the campaign that Participant will launch:

—www.Liveforthepeople.com, a website that provides educational resources about the history of the Black Panther Party and opportunities for audiences to join in with local organizations advocating for Black communities.

—A web video series featuring leading activists of today’s movement for Black lives, equality and liberation in conversation with filmmakers and cast members, including DeRay McKesson and Pastor Michael McBride and more.

—A comprehensive educational curriculum developed by LIVE FREE that will serve as a companion to film screenings and feature editorial reflections, historical references, a discussion guide and resources for audiences who want to organize for social change.

Additionally, there’s the Save The Hampton House initiative, which is a project to rehabilitate the childhood home of Chairman Fred Hampton.

“To progress as a nation, we must also address false narratives about Black activism, including the late Chairman Fred Hampton and the Black Panthers,” said David Linde, CEO of Participant. “We are proud to join Warner Brothers and MACRO in a campaign designed to recognize Chairman Hampton’s crucial contributions as a Civil Rights leader, as well as the Black Panther Party’s contributions to the ongoing movement for Black lives.”

Power to the People!! Over and out. Holla next week. Til then, enjoy the nightlife!