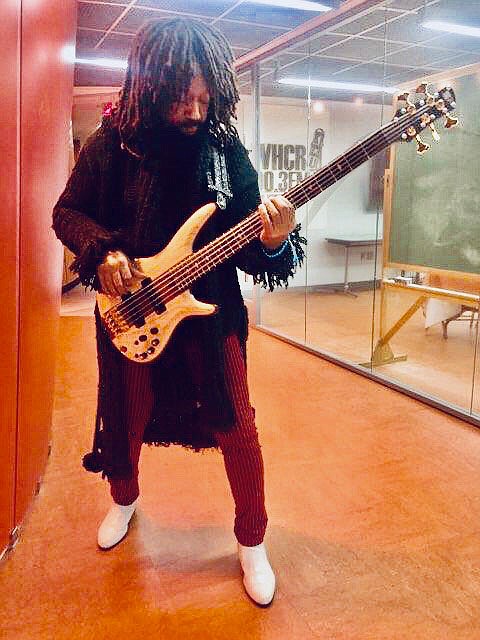 Ask any Manhattanite or tourist to name the most popular concert halls in town and they will likely mention Carnegie Hall, Radio City Music Hall and Lincoln Center. But if one reframes from being a Manhattan territorial snob and acknowledges the city’s other four boroughs then Queens becomes a major player with its most significant venue Flushing Town Hall (FTH).

The Hall has been a historic, landmarked building since 1862. Across the years it has served as a courthouse, a jail and assembly hall. Today, its facilities include a 308-seat concert hall and theater, an exhibition gallery, a classroom, administrative offices, a gift shop, and a garden that accommodates up to 250 people for outdoor events. The Smithsonian affiliate recently celebrated its 40th anniversary in 2019.

While Flushing Town Hall doesn’t have as large of an audience capacity as those mentioned in Manhattan it has managed to become a robust jazz oasis along with varied world music, dance and visual art exhibitions. Since becoming the producer of the hall in 1998, bassist, arranger and composer Clyde Bullard has produced concerts featuring NEA Jazz Masters, Mariam Mc Partland, Clark Terry, Barry Harris, Randy Weston, The Heath Brothers, Jimmy Owens and Eddie Palmieri; along with Gary Bartz, Harold Maybern, The Chico O’Farrill Afro Cuban Jazz Orchestra, and Jerry Gonzales & The Fort Apache Band. “Town Hall has been my alma mater to let my imagination run free as far as curating and using my creativity for a variety of concerts,” said Bullard. “FTH is considered the jazz capital of Queens it has more jazz icons living or moved there than any other country in the world.” At one point so many jazz musicians resided in Queens, a brochure was printed entitled “The Queens Jazz Trail” which featured the addresses and names of such residents as the Heath Brothers, Louis Armstrong, Cannonball and Nat Adderley, Ella Fitzgerald, Roy Haynes, William Grant Still, Charlie Shavers, John Coltrane and tapper dancer Honi Coles. The Queens Jazz Trail was voted New York City’s Best Jazz Tour by The Village Voice in 2004.

“Being a professional musician myself, who has performed with many well-known and established artists has been a plus for me as producer at FTH,” stated Bullard. “I have the respect of musicians because they know that I have spent many years traveling around the world just as they have done. I am one of them and many of them knew my father at Atlantic Records and that brings another layer of respect to what I do. And don’t forget my father had the radio show ‘CB’s Vault’ on WRVR years before WBGO began broadcasting jazz.”


Since March 2020, all programming, including the popular monthly jazz jam and other jazz events have been moved online. Despite the online streams in response to the COVID-19 pandemic Bullard remains diligent at the helm. His upcoming project is FTH’s Black History Trilogy in celebration of Black History Month, a three-part series of Broadway performances showcasing the music of speeches of influential Black artists, scholars and leaders. The trilogy begins with Alton Fitzgerald White “John Lewis: A Pioneer for Justice” Feb. 5 at 7 p.m. White starred in Broadway’s hit shows “Ragtime” and performed over 4,000 times as Mufasa, “king of the jungle,” in Disney’s production of “The Lion King.” White will bring to life the legacy of Lewis, who passed away last summer and coined the phrase “good trouble” in one of his most resilient speeches.

It continues with “Divine Sass: A Tribute to the Music, Life, and legacy of Sarah Vaughan,” featuring Tony Award winning actress and singer Lillias White, who also wrote and conceived the show, Feb. 18, at 7 p.m. The trilogy concludes Feb. 26, at 7pm with a special surprise guest to be announced. This series is part of the virtual programming which is presented for free to the general public with a suggested donation to support the artists and this nonprofit cultural organization.

“I don’t look at any part of my position as being difficult. A producer or curator must know the merit and professionalism of the artists that will be chosen to perform,” says Bullard. “If a producer knows these things are assured in the chosen artists then there is no need to have fear of any kind and it is then not difficult but a joy which I have enjoyed for 22 years at Flushing Town Hall.”

Bullard co-founded “The Queens Jazz Orchestra” in 2008 with NEA Jazz Master and Conductor Jimmy Heath. The orchestra concept was Bullard’s, who felt there should be an orchestra that would be representative of the many jazz icons of Queens and serve as a nurturing component for the next generation of aspiring jazz students.


Bullard is also the producer and artistic director of “CenterStage––The Queens Center for the Performing Arts” which is a nonprofit organization and has a faculty of 16 professionals that teach Opera, Jazz, Gospel, The Suzuki Method, Theatre, Dance and instrumental music instruction.

Bullard is the son of Atlantic Records executive Clarence “CB” Bullard, who helped the careers of Paula Abdul, Aretha Franklin, Roberta Flack, The Rolling Stones, and Donny Hathaway. He was introduced to the business of music by his father and his uncle Bill Withers, the Grammy winning singer and songwriter. It was Bullard’s early on consulting (assistance on galas and music events) with co-founder and executive director of the Flushing Council on Culture and the Arts and FTH’s director Jo-Ann Jones that led to a casual introduction to his father. That meeting eventually led to a collaboration that included Jones, jazz activist and promoter Kobi Narita and CB Bullard. They started a successful “Jazz Live” series at Flushing Hall (it was in the gallery at that time that seated 100-150 people).


“My father told me to stay in touch with those people you may want to work with them one day,” related Bullard. “So this is a strange occurrence 22 years later here I am.”

During this on-going pandemic Bullard shares, “I had an unfortunate meeting with the COVID virus, it brought me to my knees and I was incapacitated for about two weeks. I couldn’t eat didn’t have any energy and food didn’t have any taste.” It was his homeopathic person who brought him back to a healthy state. During our recent Zoom meeting he looked healthy and sharp the way I know him and his dreds had that glow.

When he isn’t busy with FTH, he can be seen on his YouTube show “Odds and Ends” as part of the dynamic duo from the Josephine Foundation with chairperson/co-host Andrew J. Koslosky and Bullard, is artistic director/bassist. Show interviews have included actor Obba Babatunde, writer/activist Aurora Flores, singer Jim Altamore and Ron Blakely. Catch them every week on their YouTube channel. As a musician Bullard has played with Bill Withers, Eddie Murphy, The Weather Girls, Gloria Gaynor, Martha Wash, Freddie Jackson, Cuba Gooding & the Main Ingredient. He has performed on Broadway as a pit-musician in such plays as “Pippin,” “A Chorus Line,” “Amen Corner,” “The Wiz,” “Bubbling Brown Sugar,” “Godspell,” and “Don’t Bother Me I Can’t Cope.” Not to mention he is an accomplished magician with tricks that would blow your mind. In 2019, Clyde received the Arts Award from the Queens Symphony Orchestra.

“I would like to thank all the people at Flushing Town Hall for making these years so enjoyable executive director Ellen Kovadek; Sonny Obu Shaumays, deputy director; Shawn Choi, director of marketing and the entire staff for being so supportive,” said Bullard. “I owe my knowledge of the music business to my father and uncle Bill Withers, who nurtured me.”