Rethink travel: Put a train ride on your itinerary 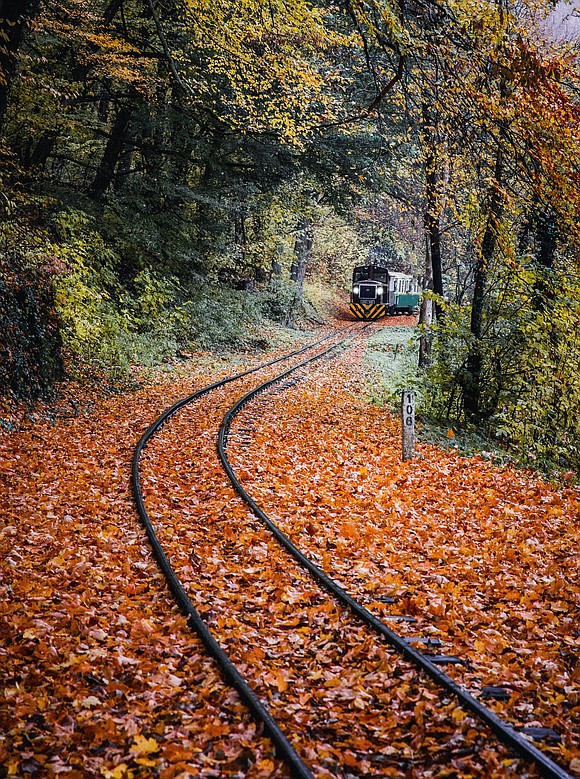 There’s something about taking the train. You sit back, soak in the scenery, settle in with a good book, music, or if you must, work on your laptop. You avoid airport hassles like long TSA security lines.

As you rethink travel for 2021, maybe it’s time to put a train ride on your itinerary. Here are a few trips to inspire you.

You know fall foliage is fantastic in New England. Vacations By Rail’s New England Fall Foliage Express is eight days of leaf peeping bliss across all six New England states. Start in and travel through some of the world’s most legendary fall-foliage vistas, such as the White Mountain Forest and Mt. Washington regions of New Hampshire, as well as Vermont’s stunning Green Mountains and the Connecticut River Valley, offering views of sheer bluffs, steep ravines, cascading brooks and wide mountain ranges. This tour also includes tours in 1800s-era Mystic Seaport, Newport, Rhode Island, the romantic shores of Cape Cod and history-rich Boston.

Take a step back in time. This 1880 vintage line may be familiar to you as it was in “Indiana Jones and the Last Crusade.” The Cumbres & Toltec Scenic Railroad is the highest, longest and most complete example of a late 19th-century narrow gauge railroad remaining in the United States. It travels 64 miles over the Rocky Mountains along cliffs, through narrow Toltec Gorge, over 10,000-foot Cumbres Pass and through miles of evergreen and aspen forest with 100-mile views in every direction. The joy ride starts in Antonito, Colorado and ends in Chama, New Mexico.

You keep saying you want to see Alaska. Make it happen. The Coastal Classic Train travels daily in the summer between Anchorage and Seward. Along the way you’ll venture to the Turnagain Arm, where the steep mountains of the Chugach Range plunge directly to the sea. Keep an eye out for Dall sheep, eagles and moose. If you want to maximize your experience, go for the Goldstar Service that not only includes food and booze, but an outdoor second-level viewing platform to take in the rugged mountains, glaciers and waters that pass. There are multiple IG moments. Consider too, the option of spending time in Seward once the train gets there. The coastal town is beloved for its day cruises where you’ll see glaciers and wildlife. You’ll explore Kenai Fjords National Park. Who knows, you might even see sea lions and whales.

New to the U.S. scene next year is the Rocky Mountaineer. Hop aboard for a luxurious two-day journey between Denver and Moab, Utah, with an overnight stay in Glenwood Springs, Colorado. Take in the spectacular views from spacious, glass-domed train coaches and feast on regional cuisine.

This is one of Amtrak’s most popular routes. Leave from Chicago and make your way to San Francisco with stops including Omaha, Denver, Salt Lake, Reno, and Sacramento. In between the major cities and smaller towns along the way, the train travels through rural plains, hills and mountains yielding unparalleled views. Another plus, the train travels this route three times a week, so if you so fancy you can spend a couple of days in any of the stops along the way and then take the next California Zephyr train that comes through. For example, you might want to get off in Waterloo, Nebraska and stay in one of the renovated historic Union Pacific train cabooses that sleep up to six. Some folks say this is one of the most beautiful train trips in all of North America because it takes you through the heart of the Rockies, snowcapped Sierra Nevada, and the rolling plains of Nebraska.

Vacations By Rail’s tour departs from Baltimore. The first day you can spend savoring the much-ballyhooed crab. Walk off the feast touring the city. Sites include the B&O Railroad Museum and the U.S. Naval Academy. The next day you’ll board the Western Maryland Scenic Railroad before overnighting in Davis, West Virginia. When morning comes, you’re off exploring Canaan State Park. Then it’s all about the train ride on the Potomac Eagle Scenic Railroad through the Trough, a striking gorge of the Potomac River, to Sycamore Bridge. The next day features a mountain rail adventure on the vintage, diesel-powered New Tygart Flyer, which climbs to the High Falls of Cheat, one of the most remote and tranquil waterfalls in the region. Day six look forward to going to the Green Bank Observatory to observe the largest steerable telescope in the world and boarding the Cass Scenic Railroad which climbs to the Bald Knob, one of West Virginia’s highest points. Wrap things up at the New River Gorge then on to Chicago for an overnight ride on Amtrak’s Cardinal.