Thibodeau and D-Rose reunite to boost the Knicks’ offense 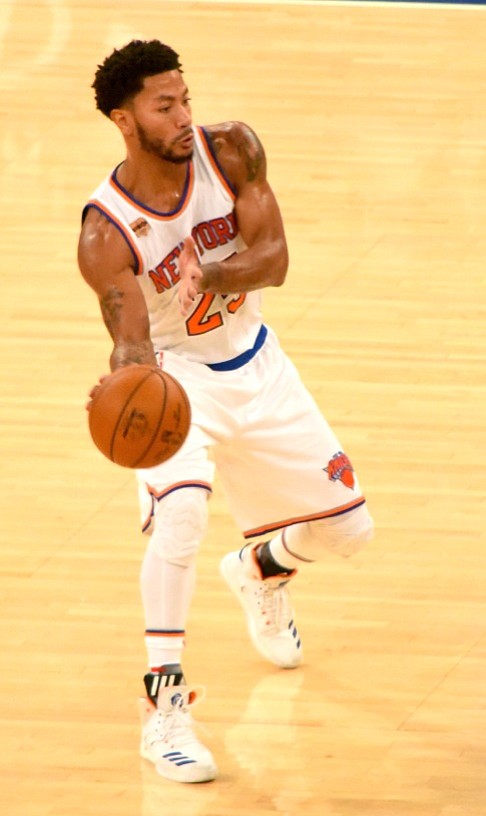 Derrick Rose was once arguably the most dynamic guard in the NBA. Ten years ago the 2011 league MVP and Tom Thibodeau had the Chicago Bulls on the doorstep of making it to the NBA Finals. A decade later, the duo are back together for a third time, and have returned to the Knicks for a second time.

Thibodeau, the Bulls head coach from 2010 through 2015, was a Knicks assistant from 1996 to 2004. Rose played 64 games for the Knicks in the 2016-’17 season. The product of Simeon Career Academy in Chicago was with Thibodeau in Minnesota during the 2018 and 2019 seasons when the New Britain, Connecticut native was the head coach of the Timberwolves.

On Monday, the Knicks acquired the 32-year-old Rose from the Detroit Pistons in exchange for 6-foot-3 guard Dennis Smith Jr. and a 2021 second-round draft. The ultra-athletic Smith had been preparing for the start of the NBA G League with the Westchester Knicks.

The 23-year-old Smith, drafted No. 9 overall in 2017, requested an assignment in the G League to work on his craft after appearing in only three games for the Knicks this season. Conversely, Rose was averaging 14.2 points and 4.2 assists with the Pistons.

“I’ve known [Rose] my whole career. We came in together,’’ said Knicks forward Taj Gibson on Sunday before the trade was officially announced. “He’s a competitor. He’s a great guy.” Rose and Gibson were teammates on the Bulls at the outset of their NBA careers.

In stark contrast to last season, when the Knicks allowed 112.3 points per game, Thibodeau has significantly raised the intensity and capability of the Knicks’ defense. They lead the league in opponents’ points per game at 103.9 and were holding them to an NBA low 43.5% field goal shooting.

The Knicks limited the Miami Heat to 98 points on Tuesday but only scored 96 in the road loss that dropped them to 11-15. They are 30th and last in the league in points per game, laboring at 102.5. The Knicks are hopeful the 6-2 Rose will help bolster their scoring.

The veteran can create shots off the dribble for both himself and his teammates, efficiently shoot from three-point range, play both point guard and off the ball, and collapse opposing defenses by getting into the paint, which will generate open three-point looks for his teammates.

Rose showcased all of the aforementioned abilities on Tuesday night. Playing in his first game since the trade, he scored 14 points in a little over 20 minutes, going 5-9 including 2-3 on three-point attempts with three assists. Although he had several teams interested in trading for him, Rose said his long and deep relationships with Knicks executive vice president William Wesley and Thibodeau placed New York as his preferred destination.

“Even though I couldn’t say that at the time, I just wanted to be comfortable,” he acknowledged in a post-game Zoom interview. “Like I said, I’ve been knowing these guys ever since high school, eighth grade…so coming here, like I said, it’s family. I never really thought about anything else but really getting here and understanding they wanted me to help grow the young guys they’ve already got here.”

Rose and the Knicks will face the Wizards in Washington tomorrow, and host the Houston Rockets and Atlanta Hawks at Madison Square Garden on Saturday and Monday respectively.