Lorenzo Steele, a former softball player of the Gene Warriors 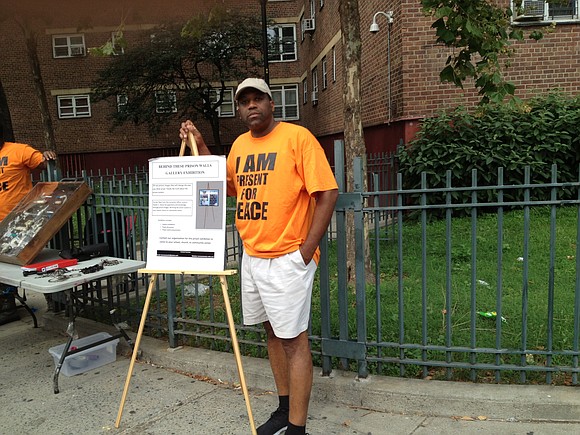 Lorenzo Steele, a former softball player of the Gene Warriors League in Harlem, refers to his experience as one of the greatest times in his life. Steele was introduced to the Gene Warriors Softball team manager after his friend Jimmy Williams advocated for his skillset and leadership qualities. “He even told the manager if there isn’t any space on the roster, to take himself off and add him—and that is how I got on the team. Jimmy Williams did that,” Steele said. “This was around 1963, and I was just another neighborhood kid who played softball in the South Bronx.”

Before Steele played softball, he was a baseball player in the Bronx for the Bronx Bombers. The Bronx Bombers was originally a Black team. They won several titles including the Federation League.

“During the early ’60s, I grew up with young athletes in Harlem and the South Bronx. It wasn’t long until we realized the need for an organization that would reflect the minorities’ skills and competence in fast pace softball. This was the era where high schools’ and colleges’ baseball players were chosen to play in white leagues as token players,” said Steele. “The young men became enraged and zealous, and came up with the plan to create an organization of their own. Through many debates and deliberations, it ended with a conclusion that became a reality. It was named Cornel Young Softball League.”

Around 1975, Steele became the manager of the Gene Warriors Softball League in Harlem. “After the league went through a few managers, I decided to take the responsibility as manager.” Once the league was organized, they participated in areas such as New Jersey, Washington, D.C., Upstate New York and Boston. In the late ’80s and ’90s, they were invited to play for the National Inventory Softball Association and different national tournaments. Almost all the teams received financing from their sponsors but their funding came from donations of different community groups, organizations and alumni. The funding that was raised helped the team attend tournaments in different states. In 1986, the Gene Warriors Softball League in Harlem won the regionals in New York & New Jersey.

“We even had the chance to play against international softball players. However, we were at a disadvantage. Playing against larger teams that were sponsored started to affect us negatively. The expenses of traveling started to pile up and many of the players started to age out. In the mid ’90s, the league decided to stop playing national tournaments.”

Still to this day, Steele believes softball is a great way to unify the community. Families, friends and even out-of-state friends come to watch the game. “As you could imagine, organizing a league was very difficult especially during that era. But with the involvement and cooperation by politicians, business leaders, media and volunteers—basically the Harlem community—we had a great success to the softball league. The model of community organization has demonstrated enlightened areas in the community can be transformed for the entire entity.”

Before he coached, he taught for 25 years as an education supervisor in New York. He retired in Brooklyn and relocated to North Carolina.

“I was very impressed how the young ladies have matured and developed into their skills. I remember some of the girls I coached started off with 40-30, now they are 40-10. The young ladies have become competitive, they have many aspirations, I even encouraged my own daughters to begin coaching softball in college.”

The 86-year old grandfather is known to be one of the last individuals who was a part of the Gene Warriors League in Harlem. Steele is in the process of sharing his experience to the world as a successful Harlem athlete in the ’60s. Steele advises those who are interested in playing softball to eat properly, rest well, get tons of exercise and most importantly, get a good education.