Mayoral candidate gets a string of endorsements 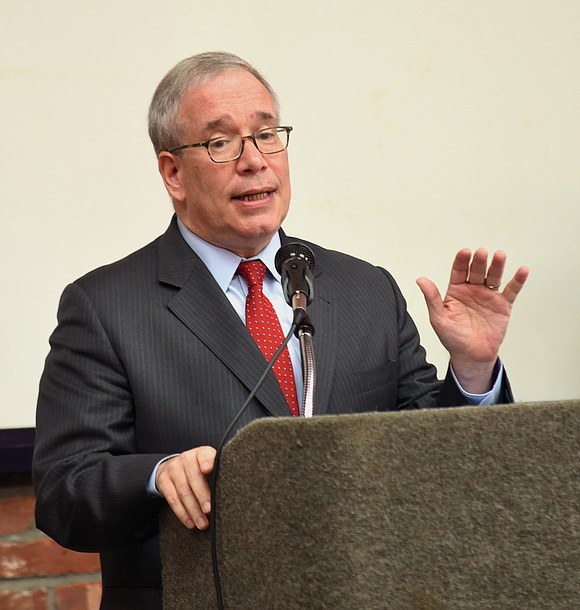 United Food and Commercial Workers Local 1500 Union, a union that represents 18,000 people, endorsed Stringer for mayor this month citing his fight for financial equity and workers’ rights. UFCW Local 1500 President Robert W. Newell Jr. said that Stringer had their back while his workers kept the city moving during the pandemic.

“Our workers risked it all to keep this city moving during this pandemic,” stated Newell Jr. “They deserve a champion at City Hall who is just as committed to New York City’s future—and has a record to prove it. From taking on crooked contractors to combatting wage theft to fighting for workers’ rights, Scott has always been a voice for the city’s most vulnerable and neglected workers.”

UFCW Local 1500 Secretary-Treasurer Aly Waddy added, “Scott is the type of leader that has made protecting essential workers a priority, ensuring that those who keep our city fed during the pandemic have the support they need. With Scott Stringer as our mayor, we will keep fighting together to ensure that the hardworking men and women that belong to UFCW Local 1500 have a strong voice.”

Stringer has now racked up union recommendations from Communication Workers of America District 1 and the Retail, Wholesale and Department Store Union. For his money, Stringer was appreciative of the endorsement.

“The hard-working members of UFCW Local 1500 have been on the frontlines of this pandemic—stocking shelves, distributing food, and keeping our city moving,” stated Stringer. “There won’t be a real recovery if we don’t protect the health and safety of these workers, and fight for their economic security. That means we cannot go back to business as usual when we fully reopen the economy—the status quo before the pandemic was already failing too many working families.”

The Alliance of South Asian American Labor also endorsed Stringer this month. ASAAL, a community organization that fights for workers’ rights in New York and around the country, cited Stringer’s resume. President and founder of ASAAL Maf Uddin said that Stringer is the perfect candidate to advance their agenda and their needs.

“Our member-volunteers have been on the frontlines keeping our city moving amid the COVID-19 pandemic. Our communities are hardworking and deserve a champion at City Hall who will fight for them and all New Yorkers. Scott Stringer is that champion.”

“I’m honored to stand shoulder-to-shoulder with them in the fight for workers, immigrant rights and vulnerable communities,” said Stringer. “If we’re going to keep our city moving, workers deserve dignity, a decent wage and a fair shake.”

Uddin noted that his organization has stood with Stringer on workers’ rights and fighting against abuse by employers.

“The clear choice for us is Scott Stringer for mayor, because we know that he’s been there again and again speaking out for workers’ rights, marching with us in the fight for fair wages, calling out abuse, and taking on corruption across the city. Scott will fight for an economic recovery that truly lifts up all New Yorkers. ASAAL is proud to endorse Scott Stringer by putting boots on the ground, engaging in extensive phone banking and we’re excited to campaign for him to be our next mayor.”