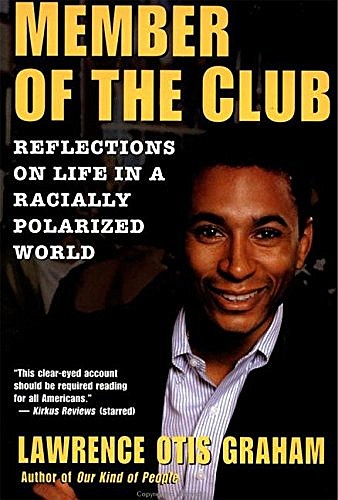 Lawrence Otis Graham was best known as an attorney and bestselling author. Aside from writing several books he made an impact on his community in Westchester County. Graham died on Feb. 19. He was 59.

Born in Mount Vernon and raised in White Plains, Graham graduated from Princeton University and Harvard Law School. A corporate and real estate attorney, Graham was “of counsel” at Cuddy and Feder LLP where he specialized in land use, zoning and development.

“Larry was a consummate intellectual, deeply engaged in the community and always present in the world around him,” Cuddy and Feder said in a statement. “As our colleague, his candor, insight, and unwavering commitment to the highest levels of professionalism and ethics touched us profoundly and reminded us of the privilege we as attorneys have in service to others.”

Graham authored several nonfiction books on the topics of race, class and politics. Some of his bestselling titles include “Member of the Club: Reflections on Life in a Racially Polarized World” where he went undercover as a busboy at a Connecticut country club that did not allow Black members. He also wrote “Our Kind of People: Inside America’s Black Upper Class” about the life of America’s Black elite.

Making frequent media appearances, Graham was a political analyst on News 12. He also appeared on “The Today Show,” “Good Morning America” and “The View.”

He was an adjunct professor at Fordham University and Dutchess Community College along with serving as a board member of the SUNY Purchase College Foundation.

Graham leaves behind his wife, corporate executive Pamela Thomas-Graham, who is the current lead independent director for the Clorox Company board of directors, former president and CEO of CNBC, Group President of Liz Claiborne, and his three children.

A viewing for Graham is being held Feb. 26 from noon to 5 p.m. at Lee’s Funeral Home, 160 Fisher Ave, White Plains, NY. In lieu of flowers, donations may be sent “In Memory of Lawrence Otis Graham” to the National Museum of African American History and Culture.