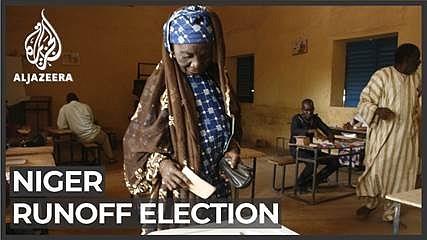 The country that drew worldwide attention over a now debunked U.S. theory linking Saddam Hussein with the purchase of “yellowcake” uranium powder is in the spotlight again.

On Sunday, unidentified attackers set off a landmine which exploded under a car full of election commissioners in the Tillaberi region of the landlocked West African nation of Niger, killing seven.

It was the latest threat to Niger’s electoral process, even in a nation armed heavily by the U.S. and it was the second round of a presidential poll in which the current president has agreed to step down after two terms.

A senior defense official has called the region “an alphabet soup of bad actors”. Among them, he named the Islamic State of the Greater Sahara, Jama’at Nusrat al Islam wal Muslimeen—a coalition of four groups, including the Saharan branch of al-Qaida in the Islamic Maghreb, and Al Mourabitoun and Ansaroul Islam in Burkina Faso.

The incident was just one in a surge of violent incidents that left more than 5,000 dead in the Sahel over the last five months, an increase of 46% on the same period a year earlier, according to the Armed Conflict Location and Event Data Project, which is partly funded by the U.S. State Dept.

Only 7.4 million people of the country’s population of roughly 23 million are eligible by age to vote.

Niger may be at the heart of international counter-terrorism strategies for the region but questions have emerged about a U.S. base built by the U.S. Air Force after a scathing report by the Defense Department’s Inspector General  (IG).

According to the report published in airforcemag.com, the Air Force and U.S. Africa Command skirted Congressional oversight, didn’t adequately complete a site survey, and didn’t meet safety requirements in building a new operating base in Niger, leading to extended delays, cost overruns, and possibly unsafe conditions for personnel at the $100 million Air Base 201, located in the Agadez region.

“The base was not constructed to meet safety, security, and other technical requirements. For example, the base’s perimeter fence was not up to standards, requiring a waiver, and the runway’s solar airfield lighting did not conform to requirements that it provide continuous lighting,” according to the report.

Creating further embarrassment for the military, two drones were lost last year and a U.S. Army MQ-1C Gray Eagle with a live hell fire missile was downed in northern Niger in January. A photo of the Gray Eagle conducting an emergency landing appeared in The Aviationist.com.

Both AFRICOM and AFAFRICA have disagreed with most of the IG report’s findings. But the base was recently considered for closing by the Pentagon to reduce the U.S. military presence in Africa.

Meanwhile, the ruling party candidate, Mohamed Bazoum, a former foreign and interior minister, is considered a front runner after getting 40% of the vote in the first round. His rival is former president Mahamane Ousmane who got 17% in the first round and is being backed by several minor parties. It is not clear where they stand on the U.S. military operation.