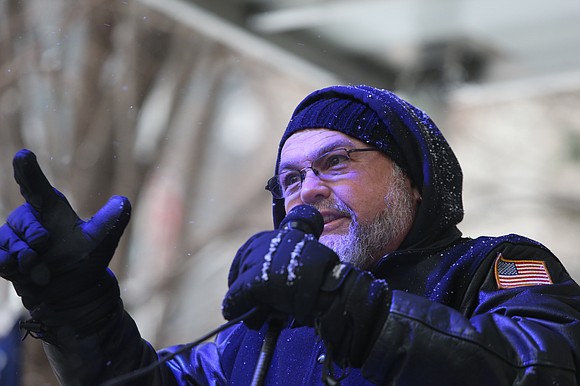 This is the first African American History month since the murder of George Floyd and the uprisings that followed.

Looking through the official calendar of figures to be honored each day, I did not see David Walker’s name listed. In case you haven’t heard of him, Walker was a free black man known for his dramatic 1829 “Appeal” to end slavery. His manifesto called-out not just Southern enslavers, but also Northern whites who were doing nothing to end a morally depraved labor system.

The Appeal got distributed throughout the country despite tremendous efforts by Southern planters to suppress it, including brutally punishing African Americans suspected of reading it and placing a bounty on Walker’s head. Walker did not live to see slavery defeated, but the gauntlet he threw-down inspired Frederick Douglass and other Abolitionists, changing the course of American history.


Echoes of Walker’s demands can be heard today in calls to end mass incarceration and the economic racism it fosters against black and brown communities.

This African American History month, Walker has inspired the 10,000 members of Construction and General Building Laborers’ Local 79—70% of whom are people of color—to issue our own appeal: The City must end the brokering of unfree black and brown laborers on NYC construction sites.

Over the last ten years, local construction firms have increasingly profited from the flow of people leaving prison. The most outrageous firms are literally called “Body Shops”. They make money off the vulnerability of recently released workers. Because State Parole requires people to “seek and maintain employment” in a job market which offers them few opportunities, parolees have next to no say over their employment terms. The lasting stigma of incarceration means things rarely get better for them even if they get fully released from State supervision. The result is a growing pool of unfree labor: people compelled to work for much less than they are worth under conditions they can’t control.

Profiteers collect these unfree workers – the ‘bodies’ – to ‘shop’ them to builders for temporary hire at huge mark-ups over what the workers are getting paid, often further enhancing profits by taking advantage of tax write-offs available to businesses that give short-term jobs to people with felony records. Some of the City’s most prominent developers and general contractors now use Body Shops to find compliant, underpaid, recently released workers to perform the most dangerous back-breaking jobs on their sites. This is New York City development’s Dirty Little Secret.

The commodification of re-entering people makes the playing field unfair for all construction laborers. Body Shops have depressed employment standards throughout our industry, including for our many members who have escaped the poverty-to-prison pipeline because of the career opportunities the union provides.

I really believe David Walker would be scrambling to find his pen.

Addressing the Body Shops crisis will require not only regulating these firms but also creating more union jobs for re-entering workers. Union contracts don’t allow employers to pay people less because of their criminal records, so unionized employers can’t leverage such facts to drive down wages. By requiring that all employees receive the same fair treatment, collective bargaining agreements emancipate people from the economic shackles criminal justice histories impose.

For nearly ten years now, Local 79 has been working to bring more formerly incarcerated people under the protection of union Building Trades’ contracts. We founded, funded, and continue to guide a program, Pathways to Apprenticeship (P2A), which recruits and trains people from the neighborhoods most affected by mass incarceration to become union construction workers. P2A graduates are now some of our most active members and promising future leaders.

Mike Prohaska is Business Manager of Construction and General Building Laborers’ Local 79, the largest LiUNA construction local in the United States. Learn more about their campaign by visiting: www.realreentry.org