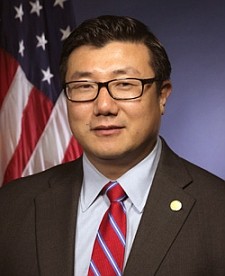 Was Byong J. “BJay” Pak the “never-Trumper U.S. Attorney” in Georgia whom Trump was referring to? If so, Pak has resigned before being dismissed or replaced by the new administration. On Monday, Pak, a top U.S. prosecutor in Atlanta appointed by Trump, announced his departure, citing “unforeseen circumstances” for resigning.

Some of those circumstances may stem from Trump’s hour-long call to Brad Raffensperger, Georgia’s Secretary of State. In that call, Trump was demanding that he as the state’s major election official find votes that would make him a winner. Such a solicitation borders on a violation of Georgia statutes, though Trump is unlikely to face criminal charges.

Even so, Trump’s insistence on voter fraud that denied him victory has caused tremors throughout the GOP ranks, to say nothing of Pak’s resignation. He had served more than three years as the chief federal law enforcement officer for the Northern District of Georgia. He was born in South Korea and came to the U.S. when he was nine. Prior to his recent appointment, Pak was a member of the Georgia House of Representatives from 2011 to 2017.

All of this comes a day before the runoff senatorial election that could decide which party controls the senate. Hoping to assist the Republican candidates, Trump made an appearance on Monday evening in Dalton, Georgia, but spent most of his time repeating his baseless claim of election fraud, rather than offering his support for Kelly Loeffler and David Perdue.

Fueling the turmoil, Gabriel Sterling, a top election official, who previously refuted Trump’s claims of voter fraud, announced his support for Loeffler and Perdue, who have called for Raffensperger to be fired.

Meanwhile, the GOP is suffering a serious fissure in the party, including the possibility of losing the election in the runoff in a state that was a surprisingly blue during the presidential election.

If the runoff is anything like the outcome of the general election, it may take several days before the final tabulation of votes.