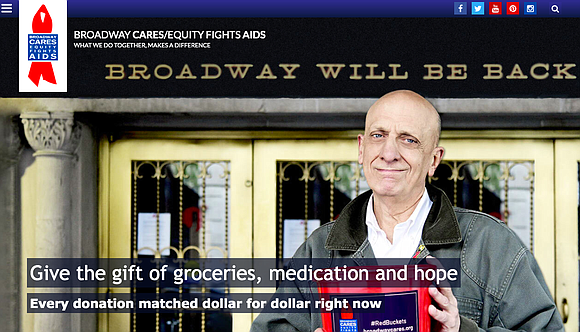 Since COVID-19 shut down theater in mid-March 2020, the Broadway industry has suffered severely. Recently, Tina Fey hosted “One Night Only: The Best of Broadway” as a fundraiser to raise money for Broadway Cares/Equity Fights AIDS, an organization that has been around for over two decades and provides services to Broadway professionals including medications and groceries.

Giving people a taste of what we have been missing, there were electric performances from casts of several Broadway musicals. The cast of “Jersey Boys” performed “Who Loves You,” “Oh What A Night,” a medley of “Sherry,” “Big Girls” and “Walk Like A Man.” “Ain’t Too Proud: The Life And Times of the Temptations” blew it out of the water with performances of “The Way You Do The Things You Do,” “Ain’t Too Proud to Beg” and “Rain.” Kelly Clarkson sang “White Christmas.” The cast of “Mean Girls” did a wonderful number called “I’d Rather Be Me.”

Viewers also got to see rehearsals of “Mrs. Doubtfire,” a musical coming to Broadway. Actors from various Broadway shows came together and performed an inspiring rendition of “Seasons of Love” from “Rent.” Video footage was shown of Barbara Streisand singing “People” and talking about her performance background. Cast members from “Chicago” gave an exciting, wonderful performance of “All That Jazz.” Natasha Yvette Williams delivered an excellent performance as Matron Mama Morton from “Chicago” singing “When You’re Good To Mama.” Cast members from “Jagged Little Pill” did a powerful performance of “You Oughtta Know.” There was a performance of “If” from the upcoming Broadway musical “Diana.” Brett Elridge, a country music singer, performed “Oh What A Beautiful Day” from Oklahoma. Banderas was featured in a scene from “A Chorus Line” performing “One Singular Sensation” with the cast. Patti LaBelle beautifully sang “The House I Live In.” The evening ended with a magnificent, explosive performance of “Jagged Little Pill,” the musical’s title and name of the number performed.

One can still donate by going to broadwaycares.org/help2020. Broadway Cares/Equity Fights AIDS is one of the nation’s leading industry-based HIV/AIDS fundraising and grant-making organizations. It funds the social service work of The Actors Fund and awards grants to AIDS service organizations nationwide. It currently has a COVID-19 Emergency Assistance Fund which helps entertainment professionals meet coronavirus-related expenses and other challenges brought about by the pandemic.