With Gase out Jets once again move in another direction 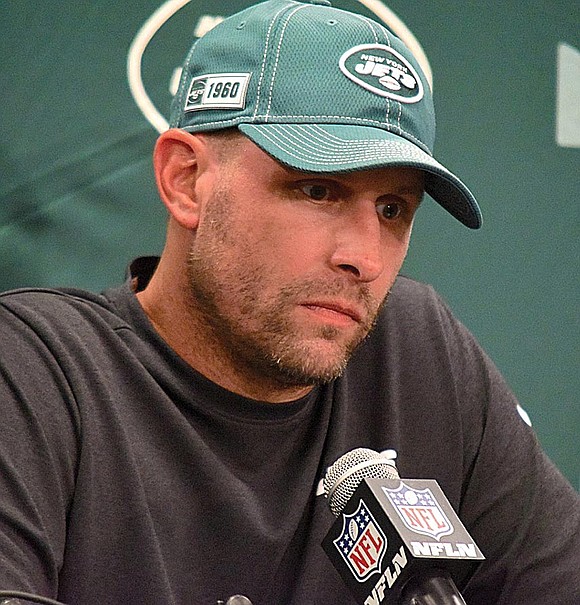 When now former New York Jets head coach Adam Gase worked for college football legend Nick Saban some years ago, Saban told him, “Do your job until somebody tells you different.”

According to Gase, that’s what he did, his job, getting his team ready until Sunday night when the team’s CEO Christopher Johnson told him differently.

Johnson fired Gase after the Jets’ 28-14 road loss to the New England Patriots, their 14th loss this season. Gase’s dismissal came just about two years after his predecessor, Todd Bowles, was fired, also by Johnson, following a season-ending loss to the Patriots. Gase lasted only two years of his four-year contract with the Jets.

“While my sincere intentions are to have stability in our organization, especially in our leadership positions, it is clear, the best decision for the Jets is to move in a different direction,” said Johnson in a prepared statement.

“We knew there was a lot of work that needed to be done when Adam joined us in 2019. Our strong finish last year was encouraging, but unfortunately, we did not sustain that positive momentum, or see the progress we all expected this season.”

The 42-year-old Gase had been considered a leading offensive coach when he was hired in January of 2019 to improve the Jets’ offense and most importantly, develop Sam Darnold, their young quarterback, now in his third year. But he compiled a 9-23 record with 13 straight losses this season, and the Jets’ offense ranked 32nd and last both years under Gase. Most damning, the oft-injured Darnold regressed.

Johnson’s selection of Gase was a questionable and polarizing decision. He was hired nine days after being fired by the Miami Dolphins, one of the Jets’ AFC East division rivals. During his three seasons as the Dolphins’ head coach, Gase’s record was 23-25.

This time, Joe Douglas will lead the team’s quest for a new head coach. During past searches, the Jets have used consultants and head-hunting firms to select and vet candidates, with the exception of the hiring of Douglas. Unconventionally but consistent with the franchise’s dysfunction, Douglas was handpicked by Gase to be hired as the Jets’ GM in June of 2019 after he won a power struggle with former general manager Mike Maccagnan.

“I have a lot of faith in him,” said Johnson of Douglas. “If we can get this coaching hire right, and I think we will, I think we can be a team that no one is going to want to see on their schedule even next year. And we’ll see where we can go with that.”