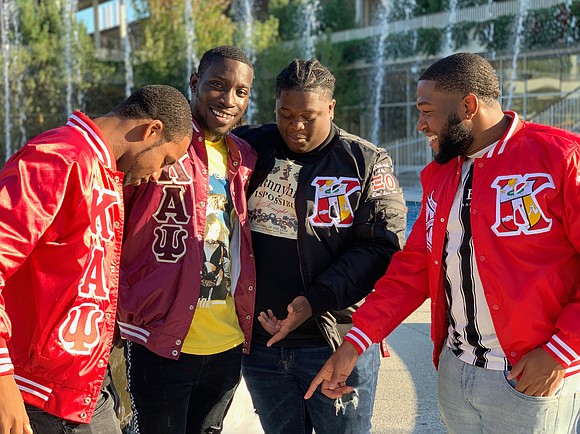 Tuesday, Jan. 5, members of Kappa Alpha Psi Fraternity, Incorporated celebrated their 110th year. Kappa Alpha Psi Fraternity, Incorporated was founded Jan. 5, 1911, at Indiana University. During its founding African Americans faced racism, prejudice and discrimination. Members of this fraternity are well-known for their programs and serving their community. Kappa Alpha Psi Fraternity, Incorporated is one of the nine organizations that comprise the National Pan-Hellenic Council. The National Pan-Hellenic Council was created May 10, 1930, at Howard University. NPHC or the Divine Nine is a collaboration of nine historically international African American Greek Lettered fraternities and sororities. Since its founding, the members of these organizations have pledged to provide their communities with service, leadership and scholarship.

“I joined this prominent organization because I really wanted to make a difference on campus when I was an undergrad. I saw how previous chapter members were admired based on what they did on campus and their communities. Now that I have graduated, I continue to follow the same mission and leadership skills in my own community,” said Romario Auguste, a spring 2018 initiate of the Rho Gamma chapter.

Terril Cunningham Jr., a spring 2019 initiate of the Xi Omicron chapter, stated, “The reason why I wanted to join was because the fraternity was built on achievement and success. I am very passionate about achieving every goal I set. Another reason as to why I joined my fraternity is because of the uprising I had. The fact that I was raised in one of the roughest neighbors in the Bronx, it motivated me to better my life and to better my community.”