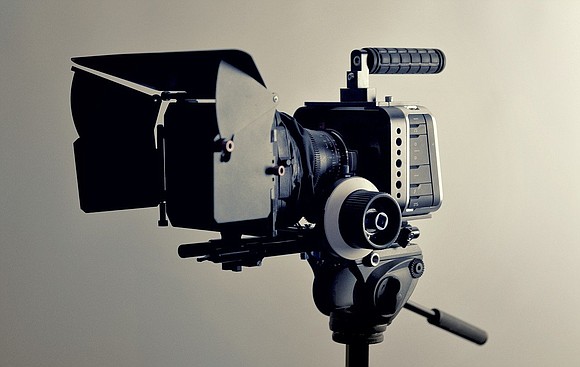 So that about art imitating life or the inverse life imitating art holds true, what does art post 2020 look like? How does it sound? While we await for a definitive piece that exemplifies those queries, we can be certain of one constant; that being that the art will be readily available. To that end, The Marlene Meyerson JCC Manhattan will present its 2nd annual “Cinematters: NY Social Justice Film Festival,” on Jan. 14-18, 2021. Building on the success of the inaugural event and national conversations around racial and social justice this year, the festival will present impactful films and conversations exploring inequality, injustice, advocacy, and social responsibility through the lens of issues such as racial discrimination, LGTBQIA+ rights, environmental justice, immigrants’ rights, women’s rights, and religious intolerance. Unlike last year however we’d have to experience as a virtual collective. With the advent of technology and various means of entertainment sources available for instantaneous consumption, film quite possible remains the most powerful medium. Kareema B. Partin, associate director, ‘Cinematters: NY Social Justice Film Festival,’ Carole Zabar Film Center, Marlene Meyerson JCC Manhattan, affirms, “What’s great about new mediums such as podcasts and social media is that anyone can share what they think at any time with complete control. But with film, you’re able to craft a story that penetrates the soul. Cinema can transport you to another reality. It can teach, shape and inspire. That’s what makes it unlike any other form of entertainment, and why it will never lose its power.” At its best, film not just documents change, might be able to affect change. Says Partin, “By telling stories, you can create a deeper understanding of a perspective that may go often unseen in society. The exposure leads to influence, which inevitably affects change (internal or external). This year we have an incredible lineup that can be seen at cinematters.film, but two that come to mind are ‘One Night in Miami’ directed by Regina King and written by Kemp Powers. It provides a great internal dialogue that happens with Black men trying to navigate their success, their own beliefs and the obligations they have to their community. Another would be ‘Hungry to Learn,’ a documentary by Geeta Ganbhir and executive produced by Soledad O’Brien. The film goes behind an American crisis that needs more attention––food insecurity amongst college students.”

Opening Night will feature a preview screening of the highly anticipated documentary MLK/FBI ahead of its release on Jan. 15 and a conversation with director Sam Pollard. Based on newly declassified files, Pollard’s resonant film explores FBI director J. Edgar Hoover’s relentless campaign of surveillance and harassment against Martin Luther King Jr.

The festival will conclude with a tribute to one of Dr. King’s peers and fellow civil rights activists, the late Rep. John Lewis, with a screening of one of 2020’s top documentary films, “John Lewis: Good Trouble.” The film explores the 60-plus years of John Lewis’ social activism and legislative action on civil rights, voting rights, gun control, health care reform, and immigration, leaving viewers—and the festival as a whole—with the urgent message that we must act now for a better, more just tomorrow.

Sandwiched between are a plethora of edutainment titles suited for a multiple of pallets. “Once again, Cinematters has assembled a powerful, moving lineup of films to share in New York City, a place with a long history of social justice movements and excellence in storytelling,” said the commissioner of the Mayor’s Office of Media and Entertainment, Anne del Castillo. “As we observe the Martin Luther King Day weekend, we’re proud to support a film festival that seeks to bend our attention to the vision of a more just and equitable world.”

The festival aims to inspire participants to reflect and take action to create a community of civic-minded individuals. Timed to coincide with Martin Luther King Jr. Weekend and in the spirit of Dr. King’s legacy, the festival’s goal is to promote social action that leads to positive change in our society and beyond.

“When we launched Cinematters: NY Social Justice Film Festival in January 2020, we were blown away by participants’ passion for some of today’s most pressing issues,” said Isaac Zablocki, Director of The Carole Zabar Center for Film, Marlene Meyerson JCC Manhattan. “The Black Lives Matter movement and the resulting conversations around ending systemic racism have reaffirmed the crucial need for events such as this, which create an opportunity to learn, discuss, and advocate as a community for a better future.”

The early bird full festival pass is available for $75 and includes access to all conversations and films, which can be streamed on demand during the event. Access to individual screenings is $13 per film. To purchase tickets and find up-to-date schedule and speaker information, visit cinematters.film.

Over and out. Holla next week. Til then. Enjoy the nightlife.