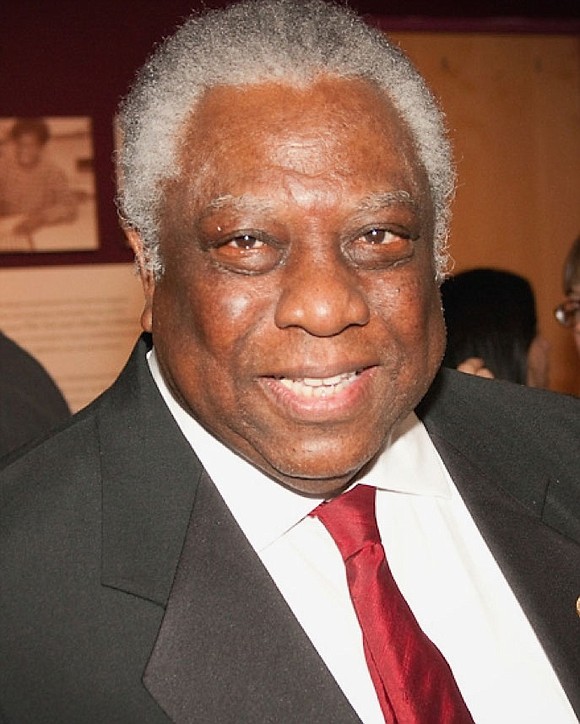 Black plays didn’t exist in Detroit during theater and film producer, director, and actor Woodie King, Jr.’s years so he made his own. “That’s when I became a producer still not understanding the full concept but it was on-the-job training,” said King. “Back then it only cost us about $100 to rent a bar and get the actors.”

In 1970 King was the founder and producing director of the New Federal Theatre that was located in the Henry Street Settlement complex on Manhattan’s lower eastside. This incubation theater’s productions included “Malcolm” starring a young Denzel Washington, “River Niger” (co-produced), “Death of A Prophet” starring Morgan Freeman, and “Checkmates” by Ron Milner.

While working at his burning desire, King had no idea his New Federal Theatre, would produce more works by minority playwrights and women than any other organization in the history of New York theater. Having produced over 450 mainstage plays, an influential record that sent multiple plays to Broadway. Performers from early successes on NFT’s stage are the late Chadwick Boseman, Debbie Allen, Morgan Freeman, Phylicia Rashad, LaTanya Richardson Jackson, Samuel L. Jackson, Glynn Turman, and Viola Davis.

On Jan. 17, New Federal will hold a 50th Anniversary Gala Celebration. Due to the raging COVID-19, it will be a virtual event from 4:00 p.m. to 6:00 p.m. The Gala will be accessible from the theater’s website, www.newfederaltheatre.com.

The co-hosts span from the 1970s to 2020. There’s Ted Lange, the actor, director and screenwriter whose TV career started with 1970s hits “That’s My Mama” and his memorable Isaac in “The Love Boat (still in syndication); DeWanda Wise, who starred as Brooklyn artist Nola Darling in the 2019 Netflix series “She’s Gotta Have It,” and her husband, Alano Miller, who starred as Cato in the 2016 WGN award-winning thriller series on slavery “Underground.” DeWanda Wise was last directed by Woodie King, Jr. in Leslie Lee’s play “Sundown Names and Night-Gone Things” in 2009 and Lange appeared as Elijah Muhammad in the NFT 2018 revival of “When the Chickens Come Home to Roost.” The celebration is written by Bill Harris and directed by Dean Irby.

The actor, writer, director, and producer Turman is a native New Yorker, who grew up on Manhattan’s lower eastside, graduating from the High School of Performing Arts (now Fiorello H. LaGuardia High School of Music & Art and Performing Arts). He began his acting career at the age of 12 as Travis Younger in the original Broadway production of Lorraine Hansberry‘s classic “A Raisin in the Sun.” Today he is one of America’s prominent actors receiving accolades and awards from his television, film and stage performances. “I’m just trying to spread it around so it looks like I’m doing a lot,” he said with a laugh.

Currently, he can be seen on Netflix Ma Rainey’s Black Bottom with Viola Davis and the dramatic series “Fargo,” starring Chris Rock on the cable station FX and Hulu concluded last month. Regardless of his varied roles, Turman delivers a piercing impact even in TV comedy sitcoms like “A Different World.” My favorite movie of all time is “Cooley High,” he played the role of high school student Leroy “Preach” Jackson. In a 40th-year retrospective in 2015, “Cooley High” was called a “classic of Black cinema.” Finally, a coming-of-age film the Black community could totally relate to. Turman also enjoys his role as a director having directed episodes of “Dynasty” on ABC-TV, as well as “The Parent ’Hood,” and “The Wayans Bros.” He won the NAACP Image award for directing “Deadwood Dick” at the Inner City Cultural Center.

“Receiving this award means a great deal to me,” said Turman. “Woodie is a great friend and one of the most prolific producers of all time and I was there from the start.” During our telephone interview Turman was on the set in Greenwood, Mississippi shooting the ABC six-episode limited series “Women of the Movement,” playing Mose Wright, Emmett Till’s great-uncle. The series centers on Mamie Till-Mobley (played by Adrienne Warren), who devoted her life to seeking justice for her son Emmett (played by Cedric Joe). The series will premiere during the 2021 television season.

Douglas Turner Ward an nonagenarian (age 90) stands as our spirited iconic elder of Black theater. As a playwright he was awarded Drama Desk Award. He is best known as a founder and artistic director of the Negro Ensemble Company (NEC).

“In Detroit there was no Black theater,” noted honoree Cliff Frazier, Emmy award winner, producer, director and longtime friend from Detroit. “Woodie created his own Black theater.” We all contributed financially and participated in acting. “I am very honored to receive this acknowledgement from him,” said Frazier. “He has done so many great things in support of so many people.”

New York City’s historic jazz club Birdland is in serious jeopardy of closing its doors for good under the weight of the COVID-19 pandemic. Birdland’s owner Gianni Valenti was able to keep his entire staff employed through March. He was given the order to close on March 16.

Valenti told WBGO: “I did all new carpeting, new drapes, new painting because we never have downtime to do all these things. We had high hopes that we were going to reopen the first week of July. So I went to my landlord; I don’t need to tell you what 9,000 square feet in Times Square costs these days, along with utilities and real estate taxes. We made a deal to pay half rent in April, May and June, and resume in July, not knowing all of these restrictions the state was going to impose on us.”

He invested $18,000 in a new air filtration system, table partitions and other safety measures, in accordance with New York State coronavirus regulations and opened on Dec. 2. Even with the club opening with limited capacity, and having to eliminate issuing a music charge, they were prohibited from advertising the artists. Then on Dec. 12, another lockdown order arrived: “I open for 10 days, and the governor shuts us down,” Valenti said.

Birdland has a capacity of 200 people, along with the basement-level Birdland Theater, which opened in 2018 and accommodates 100.

The original Birdland located at 1678 Broadway on 52nd Street was named with its most popular headliner Charlie “Bird” Parker in mind. When the club opened in 1949 it featured saxophonist Parker along with a young drummer Roy Haynes, who became a legendary drummer in his own time.

A GoFundMe campaign initiated this week aims to raise at least $250,000 to help prevent Birdland from closing permanently.

Keystone Korner in Baltimore’s Harbor East, owned by NEA Jazz Master Todd Barkan is another club in survival mode. Most recently, the owner initiated a GoFundMe Page: https://gf.me/u/ysz44V. “There is a remarkable solidarity in the jazz community going on now,” said Barkan. “We are the voice of love and swing.”

When I was ready to visit Keystone Korner in April 2020, America was trapped in the COVID-19 pandemic. My scenic Amtrak visit to the club ended with a sigh, as live music around the world came to a close. After adhering to COVID-19 state regulations, Keystone reopened in June for live streams ONLY. In August, Keystone became the first jazz club in the country to admit live audiences, it was short-lived but the live streams have continued as a permanent part of their music program.

On Jan. 16 a tribute to “Stanley Cowell: A Singular Voice,” celebrating the music of Stanley Cowell featuring saxophonist Bruce Williams, pianist Alex Brown, trumpeters Freddie Hendrix and Sean Jones, bassist Tom DiCarlo and drummer Vince Ector. Keystone Korner was Cowell’s last performance before his death on Dec.r 14, 2020. For a complete listing of scheduled live streams visit the website keystonekornerbaltimore.com. During a telephone interview Barkan noted, “We are looking to open again by Feb. 14th in time for Valentine’s Day but only time will tell. We are getting great support from our GoFundMe page. We are at about $14,000 looking for $250,000, it has been slow but steady. Our music is about building bridges, we thank everyone for supporting this great music.”