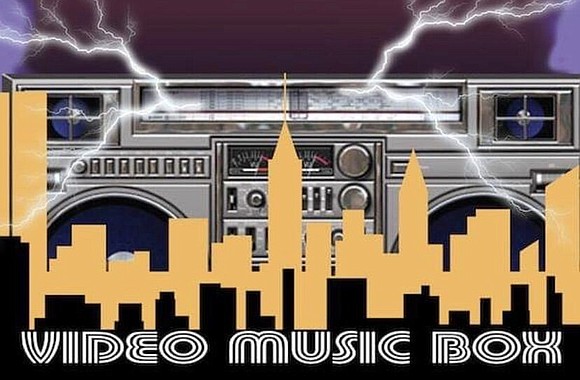 “So much of our culture has been lost over the years, because someone just threw it away,” said Ralph McDaniels to the AmNews.

If you’re a New Yorker of a certain age, you remember running home from school to turn to WNYC 31. You would assume that cartoons were on the menu.

Nope. Music videos were the name of the game.

You hear Whodini’s “Five Minutes of Funk” play as a boombox rises from behind the New York City Skyline. You see clips of LL Cool, The Fat Boys, Run DMC, Bernard Wright and even Madonna. Eventually, lighting hits the sky and three words hit the screen: “Video Music Box.”

VMB host and creator McDaniels set the standard for programming that showcased rap music as legitimate and hip-hop culture as more than a fad.

McDaniels now wants to keep that history alive. He announced on social media that he wants to digitize the show’s library, which contains of 20,000 hours of programming, but he needs help. McDaniels has established a website, videomusicboxcollection.org, to accept all monetary donations. But his desire to keep records of the legendary show aren’t new.

“We have been working on it for over 10 years, the difference now is that we will be making it available to schools, museums, libraries and all learning institutions,” said McDaniels.

The show and the man behind it are legendary in New York City and in hip hop culture. It was one of the first music video programs to showcase rap videos regularly, as opposed to MTV, “Friday Night Videos,” “Night Tracks” and even “New York Hot Tracks.”

He parlayed his local fame into directing some of the first videos from Mary J Blige, Jay Z , Public Enemy, Fat Joe and Wu-Tang Clan (with their classic “Cream” being one of them). McDaniels credited the infancy of the genre for giving him extra opportunities to participate in the culture as well as present it.

“Yes, hip hop was a small movement in its early stages of creative artists and that gave me the opportunity to direct music videos, commercials and films,” said McDaniels

The recent death of John Fletcher of Whodini (stage name “Ecstasy”), the groups’s “Five Minutes of Funk” came back to the public when referencing classic Whodini tracks. McDaniels said that part of his reasoning behind using it as the show’s intro involved the classic case of “bet you don’t know about this one.”

“I always loved Five Minutes of Funk by Whodini. R.I.P to John ‘Ecstasy’ Fletcher,” said McDaniels. “It just sounded like a theme song. When creating the opening we needed music to put with the visuals (and) that track worked perfectly. At the time the song was only available in Europe. I had an imported version on vinyl, so it was new to the public.”

McDaniels said the process initially started out as a place for archivist curators and scholars to obtain information to cite for their research and rap music and hip hop culture. It evolved into wanting the “regular” folks to see it too. When asked if he desired for young people to see the history of the culture they currently love online, Ralph said yes, but added a caveat.

“Well the current generation does everything on their phone, but maybe there’s something new on the way,” said McDaniels. “I would love our culture, not just the music, to be recognized and celebrated on all platforms. The spirit of it can help the world.”