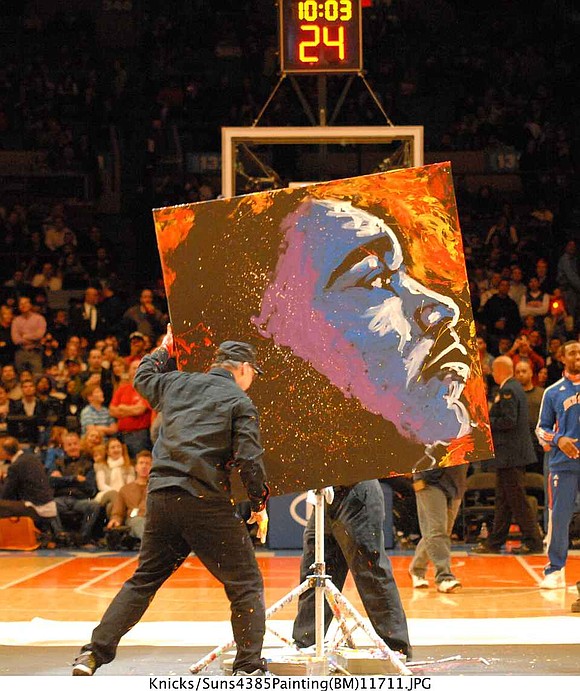 This coming Monday marks Martin Luther King Jr. Day in our nation, 53 years after his assassination. It could not come at a more fitting or necessary moment. Less than a week ago, we watched thousands of white supremacists storm our nation’s capital. Many would like to believe it is an aberration, a desperate act by those operating on the fringe. But as Dr. King frequently reminded us, the truth is far more complicated. White supremacy is rooted in who we are as a nation. This is the battle we have always fought: Whether we’ll be a country that tolerates it, or a multiracial democracy that lives up to the lofty words of our founding.

New York City has long been on the right side of that fight. We are the most diverse city in America––a place where more than 150 languages are spoken, and a place that strives to give every person, regardless of gender, race, or orientation the chance to succeed. As we saw over and over again this past year, we’re stronger because of it. Yet we haven’t gone far enough.

Now, as we reflect on Dr. King’s legacy and plan the largest recovery efforts in our City’s history in response to the COVID-19 pandemic, we need to view our City with fresh eyes. With the right investments in education, training, and infrastructure, and by opening more opportunities to people of color and women, New York City can recover as a leader in public health, carbon reduction, and poverty elimination––all at the same time.

These are investments in communities of color that every city and state should make, from traditionally red ‘Trump country’ to other big cities like ours. And this must be the moment. Time after time in America’s history, when our leaders had the opportunity to stand up for a multiracial democracy, they instead chose to keep their powerand keep a system of white supremacy intact.

Ask yourself: Why didn’t those fighting for freedom in the Revolutionary War connect it to American slaves’ struggles for freedom? Why, in the 1820s, was the right to vote extended…but only to non-property holding white men? Why, when a populist movement arose in the Antebellum South that linked working-class Blacks and whites together, did wealthy landowners and northern leaders fan the flames of racism and division to put an end to it?

And why, in the New Deal, were Black and Latin workersthose who comprised 90% of the hardest-hit agricultural and domestic workers––excluded from its labor protections?

Over and over again, the powers that be have protected the status quo. Yet finally, finally, we are seeing real cracks in the armor. We saw the cracks with Dr. King and the Civil Rights Movement. We saw them again in 2008––as a combination of Blacks, Latinos, Asians, young urban whites, and the labor movement had the numbers to elect a Black president. And we saw those cracks yet again just a few weeks ago––as that same coalition elected two Democratic senators to turn Georgia blue.

The writing is on the wall: our multiracial democracy can overtake our nation’s history of white supremacy. We should not be surprised that this frightens Trump supporters, who feel American values and traditions are under attack––after all, as a nation we have talked ‘democracy’ while practicing white supremacy for so long. Confusion should be expected.

Yet I hope they will come to understand: they will benefit from this sea change, as will we all. White supremacy has never made America great. It has limited us. It’s held us back from reaching our potential. Because of it, we have fewer Black entrepreneurs than we should––business owners who could jump-start our economy and hire people of all races and orientations. We have fewer Black engineers who could build the infrastructure of tomorrow. We have fewer Black doctors and nurses than we should––people who could be saving lives and helping us fight back against COVID-19.

It is time we fundamentally change how our nation looks, and it will start here in New York City. America’s promise of equality, freedom, and opportunity has always been great. Now, it’s time to make it real.