Dreaming with our eyes wide open 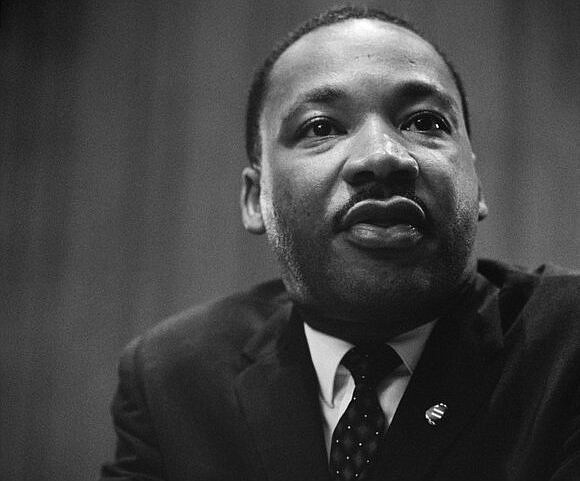 We’re not even gonna do any “dream turned to nightmare” metaphors. We hear them ad nauseum every year around this time. 2020, however, more than made up for the times when people cried wolf and used the phrase in vain. Weeks into 2021 are there signs that indicate we’ll stem the tide and begin to right the ship? Let’s take the optimistic stance and think in the affirmative. In the birth month of one of the greatest leaders known to man and the end of the tyrant-like four-year presidency of the last administration, Civil Rights icon the Rev. Jesse. L. Jackson Sr., the Rainbow PUSH Coalition, PUSH Excel and Citizenship Education Fund hosted their first virtual Rev. Dr. Martin Luther King Jr. celebration Monday, Jan. 18, 2021, honoring the momentous Inauguration of the incoming Biden-Harris administration with history being made with the first woman of color, Vice President Kamala Harris.

“This day is just one day the nation celebrates Dr. King. But we live each day Dr. King’s dream. Dreams must be free to fly. We follow in Dr. King’s footsteps by keeping hope alive,” said the Rev. Jackson, founder and president of the Rainbow PUSH Coalition.

“I’m hopeful and excited that we have strong leadership now…Biden’s selection of cabinet members are the most diverse in history; they’re diverse and qualified. As the first woman of color to serve as vice president, Kamala Harris will continue to prove Dr. King’s dream remains a reality,” said Jackson. “The tension today is very much like it was in 1968. You have a lot of violence, the King was killed that year on April 4th…we had to carry on…as people are celebrating around the country, I want them to keep in mind the kind of meaning that he put to this work.”

“When Dr. King was alive, he did not live long enough to witness the fruits of much of his labor, in terms of the election of African Americans to the United States Congress, election of African American mayors in the cities where he worked and launched a number of campaigns,” said the Rev. Janette Wilson, national executive director for Rainbow PUSH FOR EXCELLENCE and senior advisor to Jackson. “Like Montgomery, like Birmingham, like Atlanta, where he had his home base. And, like D.C., where he gave the historic speech at the March on Washington in 1963. Dr. King’s legacy continues as Rainbow PUSH and Reverend Jackson keep the dream alive as leading voices in the historical and present-day fight surrounding civil, social and political justice and equality.”

Other highlights of the MLK celebration included remarks from CK Hoffler, president, National Bar Association; remarks from the Rev. Dr. Otis Moss Jr., a theologian and civil rights activist; a musical salute to Dr. King from the Chicago Sinfonietta; and the Detroit Youth Choir who offered a tribute for the ages.

Can’t front, though. Even the legacy of Dr. King makes it difficult to overcome the actions of January 6th in the nation’s capital. Is it safe to put our future into the hands of government officials, the legal system and the medical profession as they are now?

Over and out. Holla next week, God willing. Until then enjoy the nightlife.