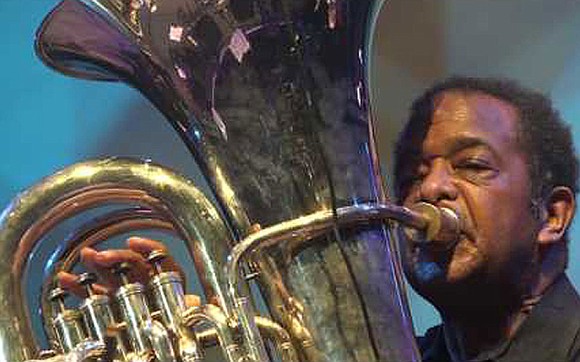 Howard Johnson, the multi-instrumentalist, composer, arranger and actor, who took the tuba into the inner circle of jazz, died Monday, Jan. 11, at his home in Harlem. He was 79.

His death was announced by his longtime partner Nancy Olewine, who did not specify a cause but said he had been ill for some time.

“Howard Johnson was a musical genius who revealed a world of infinite possibilities to all that believed,” said educator, composer, arranger and multi-instrumentalist/tuba player Joe Daley. “I for one benefited greatly from his mentorship.”

Johnson was significant in shaping the sound of the “Saturday Night Live” band (NBC-TV) during the show’s first five years, 1975 to 1980. His appearances in some of the early sketches featuring Steve Martin and Lily Tomlin were rare for a jazz musician. He appeared in Martin Scorsese’s 1978 documentary “The Last Waltz,” was featured in a Miller Lite beer commercial in 1984, and made a “Sesame Street” appearance with James Taylor (in the decades since, it wasn’t uncommon for excited kids to point at Howard and shout “Jelly Man Kelly!”). He had a minor role in the 1983 film “Eddie and the Cruisers” and appeared in television episodes of “Matlock” and “Hill Street Blues.” He can be heard on the film soundtracks by Spike Lee including “School Daze,” “Mo’ Better Blues” and “Malcolm X.”

Johnson led three tuba bands, Substructure, Tuba Libre and Gravity, perhaps his best-known band, releasing three albums for Verve Records: the first “Arrival,” was a tribute to Pharoah Sanders (1994), “Gravity!!!” (1995) and “Right Now!” (1998). His last recording with Gravity was “Testimony” (Tuscarora), in 2017. His daughter also appears on the album.

Johnson noted he was never attempting to revolutionize his instrument. “People think I was a crusader for an idea,” he told JazzTimes in 2018, “but I was just trying to get some more jobs, you know? Spread some more music around.”

Johnson was known for his extensive work as a sideman, particularly with George Gruntz, Hank Crawford and Gil Evans. His creativity as a musician and arranger led him to a four-year association with the NDR Big Band in Hamburg, Germany.

“I have known Howard since the 1960s,” said trumpeter and composer Jimmy Owens. “We worked together with Hank Crawford and Charles Mingus. He was on three of my albums; the most recent was ‘The Monk Project.’ He played great solos.”

Howard Lewis Johnson was born on Aug. 7, 1941, in Montgomery, Ala., and raised in Massillon, Ohio. His father, Hammie Johnson Jr., worked in a steel mill, and his mother, Peggy (Lewis) Johnson, was a beautician. They listened regularly to R&B, gospel and jazz on the radio. It was his adolescent visits to his uncle’s house, who lived over a juke joint, that sparked his love of live music. He noted he could almost hear the music vibrating on the floor.

His first music lessons started in junior high school with the baritone saxophone. After a few lessons with his band teacher, he learned the rest on his own. The following year, oddly he learned the tuba by paying close attention to fellow band members practicing during band rehearsal. After band rehearsal he would pick up a tuba and practice his observations.

While in high school his instrument of choice was the tuba at which he was very proficient, becoming the best in the section. He surprised everyone by stretching the normal range of the instrument to another level.

After graduating high school (1958), Johnson spent three years in the Navy, playing baritone sax in a military band. While in the service he met the young drummer Tony Williams and other musicians. After being discharged, he moved to Chicago, it was there he met multi-instrumentalist Eric Dolphy, who at the time was in John Coltrane’s band. It was Dolphy who prompted him to move to New York City. After much consideration, Johnson moved to New York one week later.

Upon arriving in New York, he worked with composer and arranger Gil Evans, which began an intermittent two-decade collaboration that included his playing and contributing arrangements to his orchestra.

“I met Howard Johnson in 1967 while working weekends at Your Father’s Mustache, a beer and peanuts club in New York featuring Traditional Jazz (also called Dixieland). It was one of the few jazz opportunities for the tuba,” said, composer, arranger, tubist Bob Stewart. “Since that time, I’ve watched Howard nurture, encourage, recruit and inform four generations of tuba players: to the tuba’s potential, and their own.”

On one surprise evening, Johnson met the blues-rocker guitarist Jimi Hendrix at a B.B. King gig, as detailed in an April 12, 2017 blog post (hojotuba.com/blog). He and fellow tubist Bob Stewart took their instruments up to Ungano’s (former Upper West Side club) to jam with B.B. King. Right before they went on, Hendrix arrived with a group of women. The audience was distracted and cracking jokes, not knowing what to expect from a couple of tuba players. Together they showed everyone tubists know their way around the blues. Though there were no mics, they made themselves heard, with power to spare. Afterward, Hendrix found Johnson and said, “You brothers just did the god-damnedest sh I ever heard! Ain’t nobody laughin’ now!”

Johnson nearly had a second encounter with Hendrix, in a project with Gil Evans, who had made plans to record with Hendrix and told Howard Johnson he wanted him in the studio, too. Unfortunately, Jimi didn’t live long enough to make the gig. But Howard eventually got to have his say on one of Jimi’s greatest tunes, “Voodoo Chile,” on Evans’ recordings.

Before Johnson, the tuba was part of a jazz arrangement that was typically confined to bass parts and um ba-ba. He demonstrated a prowess that allowed him to play melodic lines, even lead parts.

In fact, from his earliest years in New York, the span of his capabilities led some critics and audiences to believe there must be more than one Howard Johnson. It was just too hard to imagine in such a highly compartmentalized music scene that the same guy could be appearing with the avant-gardist Archie Shepp, hard-swinging drummer Buddy Rich, and sitting in with bluesman B.B. King.

“Howard is a phenomenal musician and tuba player but his enormous talent is only eclipsed by his generosity,” says Stewart. “While breaking down stereotypes and opening new playing opportunities, he found the time and energy to bring others along with him on this musical adventure.”

Johnson is also survived by his daughter, musician Nedra Johnson; and two sisters, Teri Nichols and Connie Armstrong. He was predeceased by his son, David Johnson, a musician and artist, in 2011. A memorial service will be held in 2021. In lieu of flowers or other tributes, it was Howard’s wish that to honor his memory and support his legacy as a master of the bass clef, memorial donations be made to benefit the Howard Johnson Tuba Jazz Program Fund at Penn State.