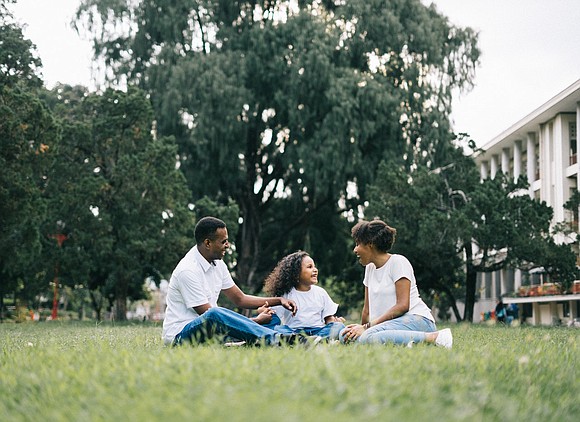 Efforts to vaccinate enough New Yorkers against COVID-19 to get us to a point where society can open again fully have hit a few snags, even as the positivity rate in the city hovers around 9% according to the New York City Department of Health and Mental Hygiene. Parents wondering when their children’s schooling will return to normal should note that the positivity rate is nearly triple the level that caused New York City public schools to shut their doors last November, with most students grades 6-12 still doing fully remote learning.

Earlier this month Mayor Bill de Blasio told PIX11 he still hopes middle schools and high schools will open up before the end of the school year, now that teachers and school staff are among those who have begun to be vaccinated (along with people over age 65, healthcare workers and other types of frontline workers). However, a week later, with only half a million New Yorkers vaccinated out of a city of 8.3 million, he announced that the city was running out of vaccines. Then, on Inauguration Day the mayor appealed to the Biden administration to loosen restrictions on how reserve doses are handled and help get more doses delivered to the city. He expressed optimism that the Biden administration would address supply problems so that vaccines could resume on pace.

Getting school personnel vaccinated is the key to reopening schools fully, says Kelly Minus, a nurse practitioner at NYU Langone in Sunset Park, Brooklyn who works on COVID-19 vaccine trials. “In most children, a COVID-19 infection is either asymptomatic or very mildly symptomatic, which they get over,” she explained. “But what happens if they infect grandma? Or their teachers? That’s the problem. So if the adults around them are immunized, it’s assumed that it will be relatively safe for the kids to go back to school.”

The two COVID-19 vaccines that are currently being administered both rely on mRNA technology, which instructs cells to make a fragment of protein that will prompt an immune system response against the disease if you become infected, according to the CDC. “This thing is not changing anything in your body. It’s just telling your body to prepare a certain defense,” says Dr. Gary Stephens, a surgeon at Brookdale Hospital Medical Center in eastern Brooklyn. He hears concerns from patients who worry the vaccines might change their DNA or infect them with the virus. “It’s so unstable that it deteriorates very quickly, so it’s not hanging around in your body for a long period.” It protects you from getting COVID-19 disease, though it’s not confirmed whether it prevents you from transmitting it from others, he adds.

Manufactured by Pfizer/BioNTech SE and Moderna, both vaccines are delivered as two shots, each given several weeks apart, according to the Centers for Disease Control and Prevention. The Pfizer/BioNTech SE vaccine is approved for teenagers ages 16 and above, and the Moderna vaccine is approved for those 18 and above. However, it will be at least summer before eligibility opens up to people ages 16 and older who are not in at-risk groups or other priority categories, according to DOHMH.

The vaccine has not yet been tested in younger children, though Moderna has begun testing its vaccine in adolescents as young as age 12, and Pfizer has completed enrollment in its trial for youth ages 12-15.

Lynette Holloway, a pre-K substitute teacher based in Harlem, expressed hopefulness on the eve of her own vaccination on a recent Friday. “It’s my first dose and I am feeling pretty upbeat, she said. “I feel that if science is believed, to be believed—and I do believe in the science of it— we can develop herd immunity if we get a certain amount of people vaccinated. And it’s especially crucial in the African American community.”

However, hesitation to be vaccinated is especially high among Black people. For instance, 36% of Black voters in New York don’t plan to take a vaccine, compared with 39% of Latinos and 24% of whites, according to a Siena College Research Institute poll earlier this month.

Holloway says her own 80-year-old father, who is a COVID-19 survivor, expressed reservations about the vaccine. (People who have had COVID-19 should be vaccinated after they are fully recovered, according to the CDC.) “It was a basic mistrust of the [Trump] administration,” she said, adding that initially, she was skeptical at first, for similar reasons. The beginning of a new administration who she believes to be fully behind the vaccines and trusting of scientists has eased her concerns.

Minus also encountered misgivings by potential candidates of color in the vaccine trials she worked on. “We had a lot of different concerns about being the ‘guinea pig,’ in terms of the experiments that have historically taken place with Black and Brown people, experimentation against their will. So we have had a large hill to climb in terms of convincing some people.”

Yet, she points out, “I don’t know any Black or Brown person that hasn’t been affected by COVID-19, at least by two degrees of separation.” She elaborates, “Because our communities are more in need, whether it be because of multigenerational living or because of some subpopulation genetic predisposition, we were disproportionately affected. And when we get it, we get it disproportionately, severely. And so we need to be the ones to vaccinate first.” Black, Hispanic and Native American people are at all much higher risk of infection, hospitalization and death due to COVID-19 than their white and Asian counterparts, according to the CDC.

She says a great way to ensure that communities of color are protected is for people of color to participate in vaccine trials. “If we don't have enough Black and Brown people in the trials, willing to take the vaccine, we run the risk of having a product that’s less effective on our communities.” She encourages people who are interested in clinical trials at NYU Langone to sign up at is.gd/nyucovidvaccinetrial.

And if you have a chance to be vaccinated, take it, says Dr. Stephens. “If you’re thinking that you’ve had enough, that you want to get back to normal life, you want to be able to protect yourself and your family, then getting the vaccine is the right thing to do.”

Meanwhile, continue the recommended safety measures, says Minus. “People should be continuing to do the social distancing, masking face and hand washing, whether or not they’ve been vaccinated.”