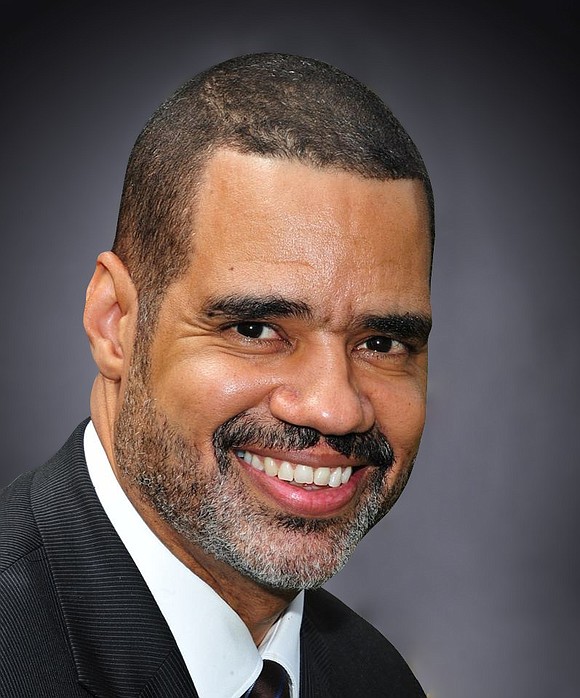 Reuben McDaniel, 59, is the president and CEO of the Dormitory Authority of the State of New York (DASNY).

McDaniel grew up in Austin, Texas with a mother who was a lawyer and a father who was a professor at the University of Texas in the management department. He was a basketball player in high school and received a basketball scholarship at the University of North Carolina at Charlotte, where he earned a bachelor’s degree in economics and mathematics.

McDaniel stated his gratitude for the opportunity to play basketball in college, as it had prepared him for the profession in which he now works. Basketball taught him the work ethic of getting up and getting it done every day while handling multiple majors and playing basketball.

After getting his MBA at the University of Texas, he started in Dallas with the investment firm Bear Stearns and the public finance department. “I was always intrigued by math and finance. And so in business school, I really focused on finance and destructuring. But at the same time, my mother was in public office in Texas. And so I was very highly exposed to public sector work, the importance of that work,” he recalled.

After college, McDaniel worked as a junior investment banker for Bear Stearns, where he handled deals for a variety of issues across the country. He rose through the ranks of the public finance business, working on transactions for big issuers such as the Dallas Fort Worth airport, the state of California, the city of Chicago, and Detroit. Maynard Jackson, the former mayor of Atlanta and the first African-American mayor of a large city in the South, requested McDaniel to become the CEO of his investment bank in 1999; McDaniel agreed to do so for a period of 12 years. During that time, he completed numerous transactions and worked in the private sector side.

Some of the most rewarding aspects of McDaniel’s job include seeing all of the infrastructure in a state like New York and being able to influence capital projects that are important to the communities, helping projects get properly financed so they can become great additions to those communities, whether on the finance side or the grant side.

“The second is with the number of employees we have, seeing people able to use their skills and help them with their career paths and give them exposure to different opportunities is always rewarding to me. So those two things are looking at building communities with all the capital work that we do. Governor Cuomo is committed to capital and infrastructure improvement around the state. And we’re a vital part of that as it’s always rewarding to be part of that,” he expressed.

He considers it crucial to be able to help his community. He thought it wonderful to be able to have the opportunity and responsibility to give back. “Whether it’s on a micro level, seeing a student get an opportunity otherwise or a macro level, seeing the facility being built, that becomes a beacon for a community. To be that really is just the most rewarding part of our work. And finding opportunities to transform communities throughout the state of New York is something that I really find rewarding, I think is a very important message, I think all of us have an obligation. And I’m blessed to be in a position where I can take that obligation and have a significant impact on the community. This is very, very important,” he emphasized.

McDaniel has underlined the value of public sector labor, emphasizing how it plays a significant part in today’s communities. “We are a community and always have to make a contribution to that community. And so it’s certainly important for the private sector in contributions that we all make, but also from a public sector perspective. Sometimes you have to give a little to get a little and I just think it’s important to encourage people to be involved, be engaged, and step out of their comfort zone. And it’s really just a little contribution from each of us,” he stated.

He expects to do a lot with this work in the future. From an organizational standpoint, one item is really helping DASNY become a terrific place to work. Since the governor has a huge infrastructure plan for the state of New York, McDaniel wants to make sure he’s included in the mix of completing a lot of projects and employing innovative techniques to establish an infrastructure program, as well as implementing and executing it.