Through life experience, Consolee Nishimwe seeks to advocate for women and girls 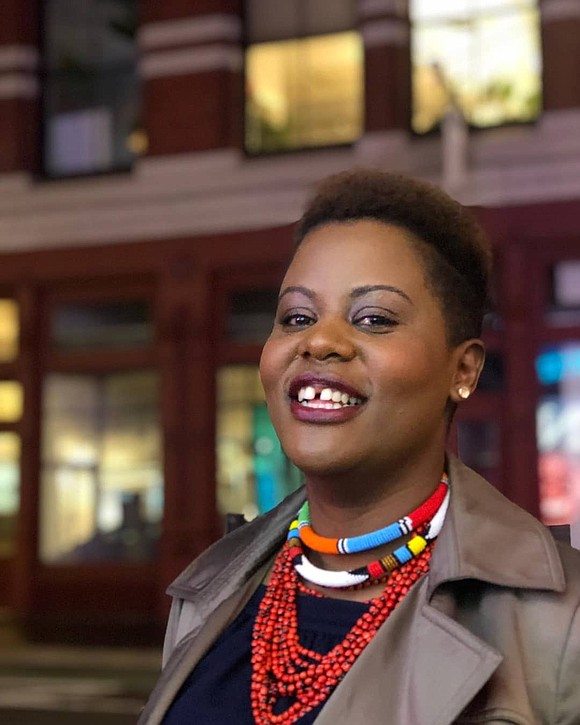 Consolee Nishimwe, 41, lives in New York City and devotes much of her time to advocating for women’s rights as well as helping the people who have survived genocide-related trauma. Nishimwe, a Rwandan genocide survivor, recalls much of her current work being influenced by the trauma she experienced during her childhood in Rwanda.

Consolee grew up in Rwanda, where both of her parents worked as teachers. Prior to 1994, she was raised with her younger siblings, one sister and three brothers. Rwanda’s genocide against the Tutsis broke out on April 7, 1994, between the country’s two ethnic groups, the Hutus and the Tutsi. During this time Tutsis, who had been targeted by the Hutus, fled their homes in search of a safe haven.

During the time that her family, who were Tutsi, was forced into hiding for three months, Consolee’s father and three brothers, as well as extended family members, were ruthlessly murdered. Rape was utilized as a weapon during the genocide, and many women and girls were victims. Consolee admitted that she was one of the many girls who had been raped; she later found out that she had contracted HIV.

“My feeling of pain and suffering now has also become a way of helping other people and a big part of helping society in general. So, it was not easy. But I’m glad that I never gave up. I persisted in and pushed myself to become vulnerable,” Consolee expressed.

Consolee came to America at the age of 24 when she settled in New York City to live with a cousin. Coming to America helped her to open up about the wounds that she had not been able to heal from since she was fourteen.

Consolee decided to write a book, “Tested to the Limit: A Genocide Survivor’s Story of Pain, Resilience, and Hope,” in which she shared her own story of recovery from the genocide. She indicated that her healing journey was not easy or quick, and that it took time and a lot of counseling to overcome the psychological obstacles that had been holding her back.

Nishimwe’s support for women’s rights stems from her personal experience. She expressed her desire to change how rape is perceived and discussed in society. She wants women to have a safe place to talk about and learn from their experiences. She also wants to do everything she can to raise awareness about the genocide in Rwanda so that the victims and their stories are not forgotten. She stated that her activism is not confined to Rwanda or the African diaspora, but rather to all women and girls.

“What happened in one day can happen anywhere, and people should be aware of [this], because it’s not something that happens overnight. I am part of making people be aware of how genocide can happen, so. And if we are aware, we can make sure we prevent that from happening again. It’s something that can happen anywhere, Rwanda didn’t happen overnight. It was just propaganda that was being taught for many years, even before I was born,” Consolee explained.

Consolee stated that she aspires to publish many more books on the topic of motivating others, particularly women who are going through a difficult period and are in need of support. She works collaboratively with the Genocide Survivors Foundation, where she meets genocide survivors from a range of places. She has also had the honor of appearing as a panelist and speaker at the United Nations as well as at Yale, NYU, Columbia, Lehigh, Marquette, Brandeis, and Georgetown Universities.

Consolee remarked that coming to New York City provided her with a new perspective, since she was able to meet and learn about people from diverse cultures, notably African Americans. She said that she empathizes with African Americans and their struggle in America to overcome the discrimination they face because of their skin color, similar to what she had gone through in Rwanda due to her ethnicity. Meeting new communities had helped her to learn to embrace her culture despite the hardships she had faced in the past.