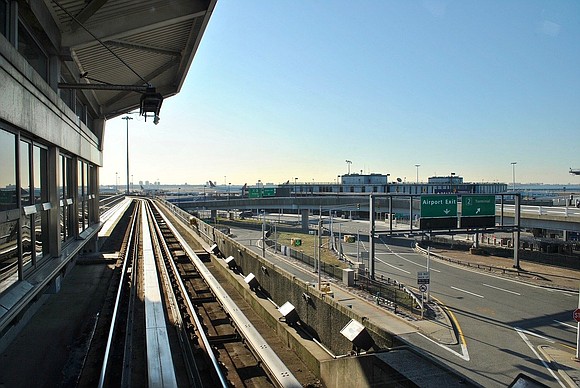 In the never-ending battle for living wages and benefits, local airport workers have a ‘win some/lose some’ relationship.

This month marked a win.

Airport workers at John F. Kennedy, LaGuardia and Newark airports ratified a new three-year contract that runs until Feb. 28, 2023. As part of the contract, workers, represented by 32BJ SEIU, will get guidelines on the implementation of the Healthy Terminals Act that goes into effect this September. The legislation ensures health care coverage and improves safety standards while bringing more consequences to acts of discrimination.

It’s the first state legislation of its kind in the country.

“Our bargaining committee worked tirelessly to get this strong new contract, and we are happy to see that the hard work paid off,” stated 32BJ SEIU President Kyle Bragg. “Airport workers play a key role in our post-pandemic recovery. After a year that was defined by calls for racial justice and the safety of our essential workers, this contract will propel our airports to a recovery that puts working people first.”

Workers (10,000 mostly Black and immigrant workers) will be provided health insurance with no monthly co-premiums. Labor management committees will meet quarterly to ensure that guidelines are being enforced including those from the state and city departments of health to the Center for Disease Control and Prevention (CDC).

The workers are employed through almost two dozen airline contractors as cabin and terminal cleaners, baggage handlers and security officers.

With COVID-19 wreaking havoc across the country, airport workers on the frontlines advocated for better policies related to contract tracing the distribution of personal protective equipment (PPE). The new contract also extends recall rights to those who were laid off during the pandemic.

It was a long and hard-fought victory for the union.

“After long, hard weeks of bargaining, we have prevailed and reached this historic contract. The established provisions focus on leveling the inequalities highlighted by the pandemic,” stated Dayshon Beeks, who was a part of the bargaining committee and is lift truck driver at Newark International Airport. “We will no longer have to worry about choosing whether to seek medical care or feed our families. We will no longer have to worry about discriminatory practices. We can now face the future and continue to strengthen ourselves, our families, and our communities.”

32BJ SEIU airport workers have rallied several times the past 12 months calling for a contract that addressed health and racial justice in the wake of anti-police brutality and Black Lives Matter protests. Some rallies called for Martin Luther King Jr. Day to be recognized as a paid holiday. They won that fight. Those in attendance at several rallies include New York Council Speaker Corey Johnson and Brooklyn Borough President and Democratic Mayoral Candidate Eric Adams.

In another victory, the contract includes protections against discrimination based on natural hair or hairstyles that comes from different cultures and ethnicities. New Jersey State Senator Loretta Weinberg congratulated the union on its work in getting a new deal done.

“This year has been an eventful year for airport workers in New Jersey,” Weinberg stated. “First, they won the Healthy Terminals’ Act and now their new contract. Airport workers are essential workers, and they have worked hard throughout this time keeping our airports clean, safe, and running. It is comforting to know that they will continue doing so, now with all the protections of a strong, solid contract with adequate wage increases, and protections.”