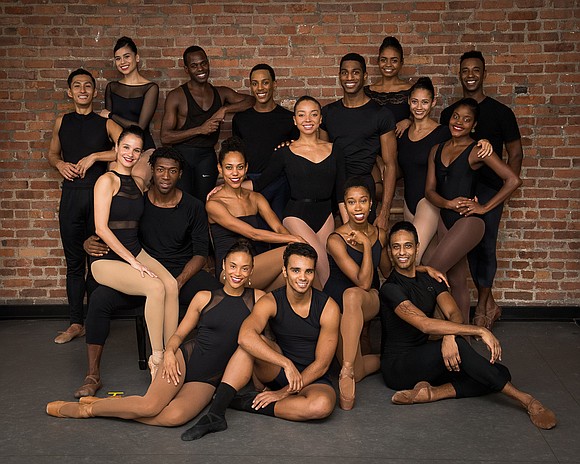 On June 15, Virginia Johnson, artistic director and founding member of the historic ballet company Dance Theatre of Harlem (DTH), along with the company’s Executive Director, Anna Glass, announced a $10 million gift from author and philanthropist MacKenzie Scott and educator and philanthropist Dan Jewett. This transformative contribution to the trailblazing organization will ensure DTH’s legacy of artistic excellence, robust training and community-engagement while supporting the vital leadership and institutional framework for years to come.

Asked how this philanthropic gift came about, Glass told the Amsterdam News that it all started with an e-mail indicating that “there was a donor who wanted to speak to me.” During a subsequent conversation, she learned that the donors were “huge fans of DTH and that they had been moved by the organization’s commitment to the arts, diversity, equity and inclusion.” Having vetted the institution and its leadership, the donor wanted to make a gift. Waiting, with bated breath, Glass says, “In my head I was thinking, ‘Please let it be a million. Please let it be a million.’ Then, when the woman said the donor would like to make a $10 million gift, I burst into tears.” Tears of joy, naturally.

This $10 million gift speaks to the organization’s impressive track record for training and performance from the early days when critics greeted the Black ballet company’s 1971 New York City debut at the Guggenheim Museum with praise up to the present day when the Ford Foundation declared DTH to be one of America’s Cultural Treasures making an extraordinary gift in 2020. That same year an equally paramount gift from the Andrew W. Mellon Foundation was earmarked for much-needed capacity building. Now, on the heels of those two generous gifts, comes this most recent one.

“For DTH this is an amazing affirmation,” declared an elated, Virginia Johnson during a recent interview. A singular presence in the ballet world for 52 years, DTH is the embodiment of the vision of its trailblazing founder Arthur Mitchell, in the 1950s, the first African American dancer to become a principal with a major American ballet company, the New York City Ballet. Born at a time, much like today, when artists actively grappled with their position within the sociopolitical and economic systems that structure our lives, Mitchell created the iconic ballet organization with noted teacher and mentor Karel Shook, as the 1968 assassination of Civil Rights leader Rev. Dr. Martin Luther King Jr., sparked a desire to provide training and performance opportunities for aspiring dancers whose dreams of a career in ballet in America were stymied by systemic racism. Today, Mitchell’s vision is a world-renowned company whose legacy is evident not only in DTH, but in numerous other global manifestations of the artform. Johnson, a founding member of DTH and its former critically acclaimed principal ballerina, together with Glass, has steered the 17-member, multi-ethnic troupe through challenging times, including the recent COVID-19 pandemic.

In many ways, this recent $10 million gift from philanthropists MacKenzie Scott and Dan Jewett is in response to the fault-lines in the American economic, social and political landscape exposed by the pandemic and other 2020 high-profile evidence of egregious inequities. Describing the motivation behind their transformational philanthropy totaling $2,739,000,000 to 286 “high-impact organizations in categories and communities that have been historically underfunded and overlooked,” Scott said she and Jewett were “attempting to give away a fortune that was enabled by systems in need of change.” She added that they were both “governed by a humbling belief that it would be better if disproportionate wealth were not concentrated in a small number of hands,” and the desire to acknowledge that “people working to build power from within communities are agents of change.”

From the beginning, DTH has been an agent of change both within ballet, the Harlem community and beyond. In the early 1970s, Mitchell told Dance Magazine, “The arts belong to the people, and we must carry the arts to the people, not wait for the people to come to the arts. We are training Black dancers for a Black ballet. Where else would it be, if not in Harlem.” Johnson says today DTH remains true to that powerful commitment: “Arthur Mitchell very intentionally kept DTH in Harlem. He found a home for us on 152nd St. because it was a part of Harlem that was dear to him. He grew up very near here. He really felt that we were an outward facing organization, in other words an organization that had a presence in the greater world, while also being inner facing with this community...giving light and inspiration to young people in Harlem and giving opportunities in Harlem that had not existed before. This gift is something that will enable us to do that with more ability because it increases our capacity.”

At the same time, there is a larger impact that the MacKenzie Scott-Dan Jewett gift will have, Johnson notes, saying it “is going to make a tremendous difference in the life of DTH.” Pointing to the headline on Scott’s recent internet post––“Seeding to Cede”––Johnson says, “I think I want to highlight what MacKenzie Scott was doing with this $3 billion gift to many organizations...the thing is it’s turning the field to look at the inequities organizations of color have experienced throughout our history. That is an important part of the story.”

Recalling a study by Michael Kaiser, former president of the John F. Kennedy Center for the Performing Arts, that highlighted the challenges confronting arts organizations of color, Johnson said, “This is exactly what he was talking about needed to happen. Everyone is asking ‘What’s DTH going to do? Look what’s happening in our country, in our field, not just in dance. We need to talk about the reason for this gift and the difference it will make for America, not just DTH. And, when you look at the list of organizations there were important dance institutions selected––Alvin Ailey American Dance Theatre, Alonzo King LINES Ballet, Ballet Hispánico, International Association of Blacks in Dance, Urban Bush Women. It’s something we need to talk about more, the fact that there is intention to this gift. It’s not just a lifeline for stability for DTH but there is intention that aligns very much with our mission as an organization. It’s not just so that we can do the work that we do with more security,” Johnson says referencing the recent focus on racial/ethnic diversity, equity and inclusion in both the arts and the world at large, “but there is a recognition that this work needs to be done for America.”