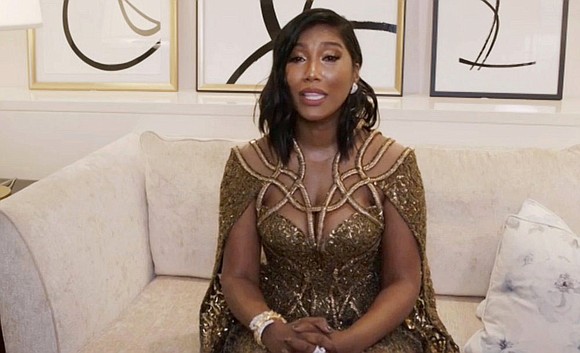 Amy Poehler and Tina Fey returned as hosts. Poehler hosted the ceremony from the Beverly Hilton Hotel in Beverly Hills, Calif., with Fey at the Rainbow Room in New York.

The traditional red carpet did not exist this time around. The honorees were all at home.

It was a thrilling start of the 2021 Globes, as the ceremony began with back-to-back honors for African American actors. Daniel Kaluuya, for best supporting actor (“Judas and the Black Messiah”), followed by John Boyega, best supporting actor in a TV series (“Small Axe”). Pixar’s “Soul,” co-directed by Kemp Powers won the Globe for best-animated film. The story features an African American aspiring jazz musician in search of his inspiration.

In a surprise, Andra Day won best actress in a drama for “The United States vs. Billie Holiday.”

It’s no surprise that streaming services emerged as the big winners at the 78th Golden Globe Awards. Netflix collected 10 awards, including one for best limited series (for “The Queen’s Gambit”), a shock, no doubt for HBO which had long dominated that category. HBO won one award.

Chadwick Boseman won a posthumous Globe for his performance in “Ma Rainey’s Black Bottom.” Taylor Simone Ledward, Boseman’s widow, accepted Boseman’s award in the most emotional moment of the night. Here is what she had to share:

“He would say something beautiful, something inspiring, something that would amplify that little voice inside of all of us that tells you you can, that tells you to keep going, that calls you back to what you are meant to be doing at this moment in history.

“And I don’t have his words, but we have to take all the moments to celebrate those we love. So thank you HFPA for this opportunity to do exactly that. And, Hon, you keep ’em coming. Thank you.”