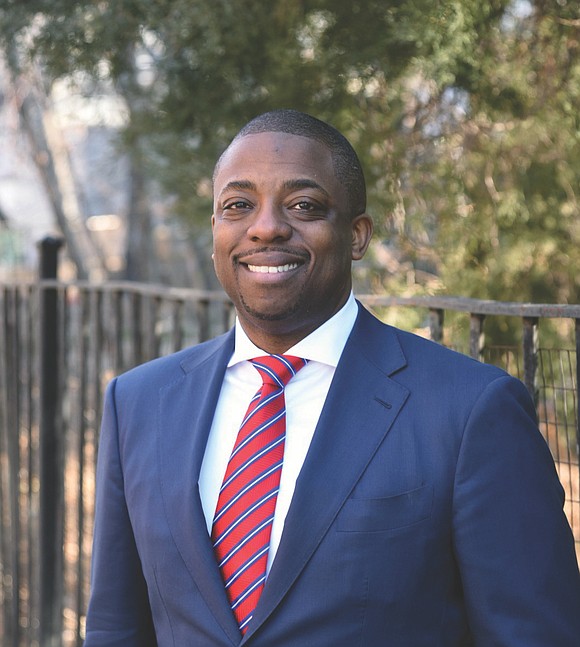 “They don’t have to abide by my recommendations, but I hope to persuade them,” said Benjamin to the AmNews.

Benjamin said he would hire an assistant comptroller for public safety to hold the NYPD and City Hall accountable. The person in this position would be involved in investigations or audits from the beginning to an eventual recommendation. He also wants a public audit of the police to see where exactly taxpayers’ money is being allocated.

But Benjamin knows that it’ll eventually come down to the mayor and the New York City Council to follow through with his recommendations.

“First of all, it is the mayor and the city council’s job to make sure that it occurs. What is my job is to provide them with specific data,” said Benjamin. “Part of my auditing is gonna help them see and think about what we need our police department to focus on.”

The state senator’s proposals have been met with praise from the likes of Exonerated Five Member Korey Wise.

“I know better than most that police can get away with a lot when our city doesn’t keep them accountable, particularly if you are a Black man,” Wise said in a statement. “I might not be free today if it weren’t for leaders like Brian who fight to ensure that public safety is actually focused on improving our communities.”

With the string of subway incidents the past several months, including the recent slashing of two men on the downtown bound N train on the Upper East Side, citizens and public figures have called for a bigger police presence. The city and the force responded in kind, but Benjamin believes they’re approaching it wrong.

“Don’t automatically assume more law enforcement means more public safety,” said Benjamin. “When the incidents on the A train happened, the knee jerk answer to send more cops to the train doesn’t make anyone safer and comes at a significant cost.

“Maybe we should be figuring out what is the state of the homeless and how law enforcement can be a part of the solution,” continued Benjamin. “We take the easy way out. ‘This terrible thing happened, send more cops.’ What would make them safer is having a deeper understanding of what’s going on and what are the best approaches we can take.”

In 2019, a report by New York City Public Advocate Jumaane Williams’ (“Improving New York City’s Responses to Individuals in Mental Health Crisis”) called for mental health crises to be met with a public health response in lieu of law enforcement with recommendations for a separate phone emergency hotline. Other public figures have called for no police response.

Benjamin understands, but believes that law enforcement should serve as backup to mental health officials. “Try to think about the police as anything other than an agency resource we can use as a tool,” he said.

“The second a situation gets violent and there’s no law enforcement as a backup, this whole program is over,” continued Benjamin. “We gotta be honest about people’s fear when it comes to violence. (Again) it is a tool for the most serious situations and reduce the amount of unnecessary interaction.”

“I believe that if those people want this to work,” Benjamin said. “They won’t say that.”

“I’m prepared to speak to them,” Benjamin said of the police. “As long as they’re not putting public safety at risk, there are some things we can both agree on.”

Activists have come to Benjamin’s side as well, Until Freedom Founder Tamika Mallory said, in a statement that the state senator has the ability to influence City Hall and local police the way he did when he helped passed reform laws in Albany.

“Brian has already been an important leader in the Black Lives Matter movement by championing the repeal of 50-A, divestment from private prisons and the Eric Garner Anti-Chokehold Act,” said Mallory. “With this plan, he will use the powers of the office of the New York City comptroller to bring us ever closer to justice.”