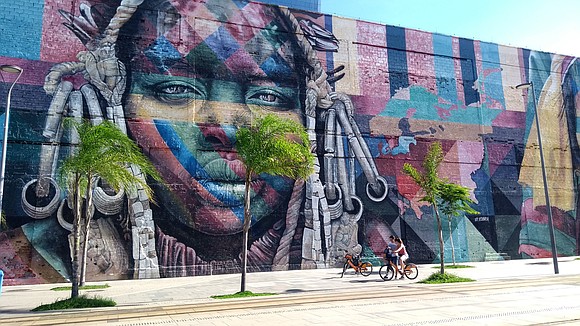 At some point in the not-too-distant future you may feel like you have the greenlight to, at long last, travel. No doubt your bucket list grew while you had time on your hands to fantasize. But with all that’s going on with this economy, you may have more dreams than dollars to get you there.

That’s not to say you have to stay home, however. Do a little digging. Some of those bucket list getaways can be had for less than you think.

Sexy, sensational Rio de Janeiro tops many bucket lists. Polyana de Oliveira, owner of Viare Travel, says there’s good news. She is preparing 10-day trips (eight days on the ground, two for traveling) for the second half of this year. She says flights for later this year from New York to Rio are between $350-$450 round trip. Combine that with her itinerary and about $1,000 will cover your adventure.

Stay in the Santa Teresa neighborhood with its art galleries, restaurants, bars among winding roads atop a mountain. Feast at the farmer’s market, take in sites such as the Christ the Redeemer statue and Sugarloaf Mountain (hike there if you like, instead of taking the cable car), Copacabana beach, and of course along the way enjoy the classic caipirinha drink. Finish off your time in Paraty, a colonial village off the coast of Brazil. There are free walking tours. If you’re in the mood, share a boat and visit several beaches and islands.

The Grand Canyon in Arizona is one of the seven natural wonders of the world. Despite its awesomeness, a study in 2018 found that just 28% of Americans surveyed had visited. Travel tour company Contiki has a three-day trip that you might want to check out. The three-day tour starts in Las Vegas and costs $898 (not including your transportation to Las Vegas). What can you expect? In Las Vegas meet the crew and get acquainted with the group. The first stop is Zion National Park, a beautiful mix of white, pink and red Navajo sandstone cliffs. Stroll around the Emerald Pools trail, enjoy the Temple of Sinawava, the Great White Throne, Weeping Rock and visit the interpretive Human History Museum, where you’ll get to enjoy the ranger’s talk on the patio. On day two visit Lake Powell, with an included visit to Antelope Canyon, making your way to one of the most iconic views on the planet: Monument Valley (with an included Navajo experience). The best comes last on day three. Follow the Colorado River through the Painted Desert to the Grand Canyon.

Alex Ziselman is a travel advisor that specializes in bucket list travel. While he mostly plans big ticket trips, he’s keen on Globus Tour’s 7-day Costa Rican Escape that’s $879 per person (not including transportation to Costa Rica). Explore Costa Rica’s natural paradise, from heart-stirring suspension bridges through rainforest canopies to the lava trails emerging from the depths of the earth. Visit Arenal Volcano and the wild places where pumas and jaguars prowl. Look skyward to spot the hundreds of colorful birds, butterflies, and an array of wildlife in the Monteverde Cloud Forest. Find your head in the clouds in a primeval forest blessed by trade winds, rain and fog by day, and bright stars above by night. Go where monkeys and macaws make your day with mischief and if you’re not a scaredy cat, count the 160-plus types of reptiles you might see, be they tiny amphibians or titan snakes. You’ll get your fill of city life too, with stops in an artisan village and a tour of Costa Rica’s largest city and cultural capital, San José.

Who doesn’t want to see the wildlife wonderland that is Denali National Park & Preserve? Denali National Park is home to the tallest peak in North America. The Lodge at Denali Park Village is in a secluded valley along the Nenana River. It plans to reopen in late May. The Tundra Wilderness Tour, a journey 62 miles into the Denali National Park to Stony Hill Overlook, includes a narrated history, scenery and abundant wildlife sightings of Dall sheep, grizzly bears, wolves and caribou. Other activities inside Denali Village include Miners Plaza featuring retail shops, outdoor firepits and live entertainment. For an authentic Alaska dining experience, the legendary Alaska Cabin Nite Dinner Theater is a musical production and dining that takes you back to the Gold Rush era in early 1900s Alaska with storytelling, singing and comedy. The cost: accommodations start at $213 a night, The Tundra Wilderness Tour, $162.50 per person and the Guided Steps Through Time Hike starts at $99. (Transportation to Alaska not included).

It’s not too hard to find cheap flights to the DR. You can also find budget-friendly accommodations at the all-inclusive Radisson Blu Punta Cana. Punta Cana is known for lovely beaches. At Radisson Blu rates start at $268 for a family of four and includes food and beverages and activities like guided meditation, yoga, beach volleyball, CrossFit, dance lessons or cooking classes. You’re nearby the fishing village of Cabeza de Toro, so you can plan a fishing excursion. You’ll also be close to Bavaro Adventure Park where you can zip line in a water landing or roll downhill in a giant ball. Be sure to try the BMX or ropes course. Tours are offered via horseback, buggy and Segway. Another great choice is the Laguna Bavaro Ecological Reserve with its hiking trails through tropical forests and freshwater lagoons, including some that you can swim in.