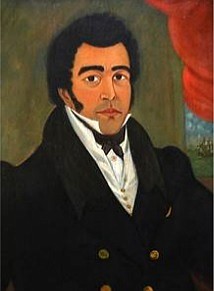 Two of my favorite scholars and writers are Tonya Bolden and Molefi Kete Asante, and I draw inspiration from their research and production. Both have written passionately on the life of James Forten, who is rarely overlooked in any book on the early years of the abolitionist movement in America. Also, any discussion on pioneering businessmen invariably cites Forten’s remarkable achievements. For Asante, Forten is among the 100 most distinguished African Americans in the nation’s history. Bolden has a whole chapter on his feats and accomplishments in her book “Strong Men Keep Coming.” Her profile on Forten begins with his opposition to the American Colonization Society, a back to Africa organization he had originally supported.

In a resolution that he probably co-authored, Bolden surmises, the closing paragraph posits a declaration that captures the full import of the thousands who joined Forten in the protestation. Be it resolved it stated, “That we will never separate ourselves voluntarily from the slave population of this country: they are our brethren by the ties of consanguinity, of suffering, and of wrong, and we feel that there is more virtue in suffering privations with them, than fancied advantages for a season.”

As Bolden notes, this was by no means the first or the last of Forten’s commitment to end slavery in the country. His stalwart stance against what he deemed a “nefarious” practice was expressed in a singular fashion and in concert with a multitude of others, and this article can only skim the surface on his mighty dedication to freedom and justice.

Forten was born free Sept. 2, 1766 in Philadelphia, one of two children of Thomas and Margaret Forten. Forten’s ingenuity and enterprise may have come directly from his father who was a prosperous sailmaker who died young requiring his son at a tender age to help his mother and sister. His first menial jobs included sweeping chimneys and working as a clerk in a grocery store. Attending the Free African School gave him a solid educational beginning, particularly under the teaching of Quakers and Anthony Benezet, the school’s founder. But work superseded educational pursuits, and by the time he was 14 his path in life was in place when during the Revolutionary War he served on the privateer ship Royal Louis, under command of Captain Stephen Decatur. He was treated as a prisoner of war when his ship was captured by the British.

Soldiers of the Continental Army were imprisoned on the captured ships, along with many other citizens, and tortured and mistreated by their captors, so much so that thousands died in captivity. Forten, fortunately, spent only seven months in the fetid conditions and was eventually released during an exchange of prisoners, and then released under a stipulation that he not fight in the war. Upon release, he walked from Brooklyn to Philadelphia to reunite with his mother and sister. But soon he was back at sea, sailing on a merchant ship to London where he would later live and work for more than a year in a London shipyard.

In 1790, he was back in Philadelphia where he began an apprenticeship with Robert Bridges, a former employee of his father and a family friend. His assignment as a worker in the sail loft was to cut and sew ship sails, which he did so well that he was promoted to foreman. When Bridges retired in 1798, Forten bought the loft and by 1810 installed a device that made it easier to manipulate the larger sails. Soon, through his innovations and the diversity of his employment, he became one of the most successful entrepreneurs in the city.

As for his private life, Forten was married twice, only a brief period with Martha Beatty, and much longer with Charlotte Vandine (1785-1884), with whom he had nine children. Like their parents, the children became deeply involved in the abolitionist movement, none more active than Robert and William, a graduate of Oneida Institute where the great Henry Highland Garnet was an associate. Two of his daughters married into the prestigious Purvis family. And their granddaughter, Charlotte Forten Grimke, was a noted author and educator, and she too, via marriage, was connected to another prominent family.

Bolden writes that it was in the Fortens’ home that William Lloyd Garrison founded the American Anti-Slavery Society. And Forten played a key, indispensable role, especially in fundraising drives, for Garrison’s newspaper The Liberator, founded in 1851 and which was instrumental in providing a platform for Frederick Douglass’ early articles. Forten also submitted articles to Garrison’s paper, but his essays were found elsewhere, and his voice became a national clarion on the issues of race and emancipation. He was often sought out on questions of fiscal and economic matters where his expertise was incomparable.

Forten was still managing his business and composing articles for publication into the twilight of his years. When he died at age 75, March 4, 1842, there was a massive turnout for his funeral in Philadelphia. “When James Forten died,” Bolden wrote, “he left behind an exemplary family, a sizable fortune, and legacy of philanthropy and activism that inspired generations of Black Philadelphians.”