Muhammad Ali and Joe Frazier fight is a mirror on society 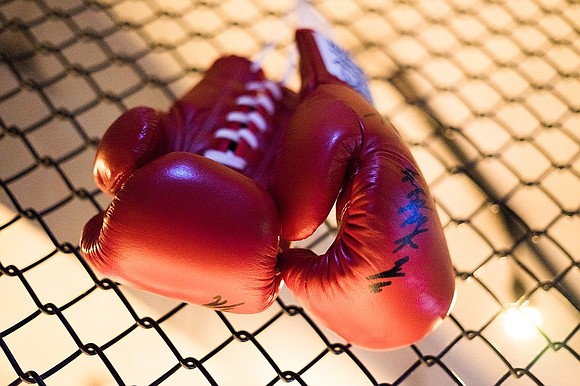 Boxing Image by Pharaoh_EZYPT from Pixabay

Having access to the hottest ticket in the world’s hottest town is not foreign to the elite movers and shakers in the Big Apple. But an event that had all eyes across the world attuned was way different. This had to have been the backdrop described by brother William DeVaughn how he’d pull up in a diamond in the back, sun roofed, white walled, Cadillac. If you had the status to get in the house was not enough. You had to make a statement as to why you belonged; thus, diggin’ the scene with the gangsta lean was mandated. March 8th, 1971, Madison Square Garden. Smokin’ Joe Frazier vs. Muhammad Ali for the Heavyweight Championship of the World in what was dubbed “The Fight of the Century.” That still rings bells 50 years later.

Two USA Gold medal winning Olympians with undefeated records at the professional level—the first time that has been done, vying for the World Boxing Council/World Boxing Associated Titles that were held at the time by Frazier but titles that Ali could lay claim to as he was never defeated for his belts in the ring. Achievements aside, the two were the exact polar opposites. At 6-foot-3, the taller, leaner Ali was gifted with ballet-esque lateral movement with hand speed that arguably rivaled the fastest in boxing history regardless of weight class, but as a Heavyweight, never before seen. What the 5-foot-11 Frazier may have lacked in physical measurables, he made up for with his unique bob-and-weave head movement, deceptive speed and wrecking ball power, which could have given nightmares to anyone in the division.

People that live to see the drama who were there in the flesh still attest that it was nothing like it before or since. I make it a point to revisit it every year through various broadcasts and documentaries to gain new perspectives of the fighters’ mindsets before, during and after. For the 50th went back to the old reliable version as it appeared on ABCs Wide World of Sports. That particular viewing was the national broadcast of the fight three years after the initial encounter and three days before the re-match. Tensions were high and reached a crescendo as the two got into a scuffle live on air. Going in and out of his bravado-laden persona, the loquacious Ali dropped JEWELS. Highlighted quotes are:

Who won the fight?

“White people say I lost. This is a racist expression; white bigots thought I lost. It’s just the lesser of the two boys, which of the boys you wanted and that was the boy you picked. All Black people with some sense know I won the fight.”

Impact of the event:

“We got 1 billion watchers waiting to see this. I think we deserve a hand; we did a lot of work to accumulate 1 billion. That’s bigger than the Super Bowl, the Rose Bowl, the Indianapolis 500, the Kentucky Derby and the World Series. Two men beat everything that America ever produced. Two Black brothers.”

“Promoting the fight, I do a lot of acting, I put a lot of emphasis on things, but I don’t mean them the way they come out, but I’ll say this out loud for the first time, the man [Joe Frazier] is great. The man took everything that I threw, and he kept coming. How could he stand that whuppin’?”

“Sugar Ray Robinson got knocked down, Jersey Joe Walcott, Joe Louis, Ezzard Charles all of them got tagged but can you recuperate. Are you finished? Can you keep him from stopping you? We gonna get hurt, it’s the game. It’s not a sin that I got knocked down, some fighters when you tag them it’s all over. Notice the science of how I get away from this pressure, the science and greatness of what you see in the punishment I’m taking.”

“This fight will go down as the greatest heavyweight championship fight in the history of all fights you can get tapes of any heavyweight fight and you’ll never see this many punches thrown and landed at that speed and that pace.”

Ali may have spoken too soon on that one. The fighters would meet again twice more, culminating in the epic Thrilla in Manilla. I think we’ll be discussing that in four more years on the 50th anniversary of that fight. It’s been said that Ali brought out the best in his opponents and Joe Frazier brought out the best in Ali. FACTS! Thanks for the memories KINGS!! Over and out. Holla next week. Til then, enjoy the nightlife.