Clarissa Scott Delany, poet on the verge of greatness 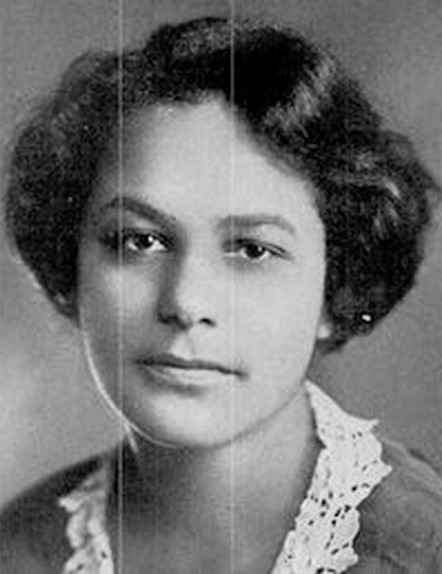 Clarissa Scott Delany was born into a very prominent family and married into one as well. An educator, poet and social worker, she was born in 1901 in Tuskegee, Alabama and her father was Emmet Jay Scott, who was Booker T. Washington’s secretary.

After spending her early school years in Tuskegee, Clarissa was sent to Bradford Academy in New England and later was a Phi Beta Kappa graduate of Wellesley College in 1923. She was a very active student—a sorority member of Delta Sigma Theta, a varsity player on the field hockey team, on the debating team and a member of the Christian association.

But her most enduring pastime was writing, particular poetry and she was a frequent visitor to meetings at the Boston Literary Guild where she heard such distinguished poets as Claude McKay. Her connection with the Guild encouraged her own literary aspirations, and linked her to the emerging Harlem Renaissance.

One of her earliest poems, “A Golden Afternoon in Germany,” was inspired by a trip to Germany after graduating from college. Upon her return from Europe she moved to Washington, D.C. and began teaching at the renowned Dunbar High School. Soon teaching gave way to her writing and she expressed herself on a variety of topics, from Pan-Africanism, to the tragic mulatto, to superstition. In 1925, her poem “Solace,” published in the National Urban League’s Opportunity magazine, was a prize winner and she gained praise for her play, “Dixie to Broadway.”

She married attorney Hubert T. Delany in 1926 in Washington D.C. and they moved to New York City. He was the brother of the famous Delany sisters, whose eminence rivaled their brother’s. Clarissa not only wrote for the Urban League she was a trained social worker and lent her services as well to the Women’s Club of New York, where she gathered data for a “Study on Delinquent and Neglected Negro Children.” She was just beginning to mature as a writer when she died in 1927 of kidney disease, probably from a reaction to six months of streptococcal infection.

Her family established a camp in her name on the Chesapeake Bay in 1931. She only published six poems, but her talent and flair for language was clearly evident, and many believed she was on the brink of a very promising literary career.

Here are two of her poems:

The night was made for rest and sleep, For winds that softly sigh; It was not made for grief and tears; So then why do I cry? The wind that blows through leafy trees Is soft and warm and sweet; For me the night is a gracious cloak To hide my soul’s defeat. Just one dark hour of shaken depths, Of bitter black despair- Another day will find me brave, And not afraid to dare.