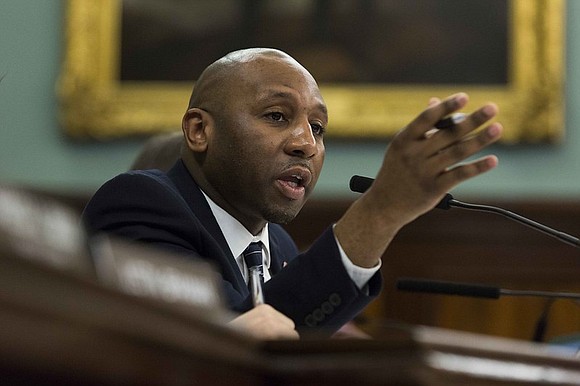 Interim Queens Borough President Donovan Richards gave his “State of the Borough” address last Wednesday. If the Communications Workers of America Local 1180 has its way, he’ll give a few more.

“Donovan Richards has always been a fighter for labor, the working middle-class, and for our members,” stated CWA Local 1180 President Gloria Middleton. “As we work to recover from the COVID-19 pandemic, we need strong leaders like Donovan to ensure that municipal workers who keep New York City and our boroughs running are not used as scapegoats for struggling governments. We know he will work with the incoming mayor to advocate for the needs of our members and retirees in Queens...”

“As essential workers, CWA Local 1180 members have been working every day to keep our city moving forward, and I’ll always have their backs,” stated Richards. “Throughout the years, I have been proud to work with CWA 1180 and their members to fight for equal pay. I am grateful for their endorsement and look forward to working with their membership.”

Richards won the special election for Queens Borough President last year after a delay in voting due to the early days of quarantine during the COVID-19 pandemic. Richards replaced Melinda Katz who won her election for Queens district attorney. Former New York City Council Member Elizabeth Crowley considered running for the seat.

If Richards’ address indicates anything, he feels that he’s not going anywhere. During the address, which was recorded at the Museum of the Moving Image in Astoria, Richards focused on something similar to the current mayor’s “a tale of two cities” rhetoric.