Loree Sutton says she brings a ‘different kind of leadership’ 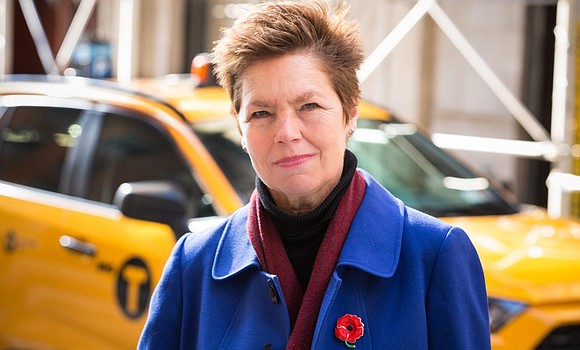 Her experience as a psychiatrist and U.S. Army brigadier general are just two of the titles mayoral candidate Loree Sutton M.D. says make her qualified to be New York City’s next top elected official. Sutton previously served as the founding Commissioner for the city’s Department of Veterans’ Services and now wants to enter Gracie Mansion.

Along with serving as the city’s veterans’ commissioner, Sutton served 20 years in the United States Army. A decorated soldier, with a Bronze Star, Sutton was one of only 15 female generals in the Army and was deployed to Saudi Arabia, Iraq, Kuwait and Egypt. She served as a special assistant to the surgeon general of the United States Army.

A California native, Sutton entered New York City politics in 2014 when Mayor Bill de Blasio appointed her as the founding commissioner of the Mayor’s Office of Veterans’ Affairs. During her tenure she decreased the number of homeless veterans by 90% and established veterans as a protected class in local human rights law. She resigned from her position in 2019 when she announced she was running for mayor.

In a recent interview with the AmNews, Sutton said she’s running for mayor because she’s a “lifelong public servant” and she’s watched the city “from the best of times to the worst of times.” Sutton wants to apply the innovations she created in the Office of Veteran Affairs to run the city.

“I’m seeing things go in all the wrong directions,” she said. “Because I was working inside the city government I had a unique window into how things could be going in all the wrong ways. It all boils down to relationships. As I saw the fractured dysfunctional relationship between the mayor and governor, you don’t have to be a psychiatrist to call that one out as something just not right and New Yorkers pay the price for it.”

Sutton said the city needs a leader who can tell New Yorkers what they need to hear and respect every voice.

“I had the privilege of working in every borough, every neighborhood and the 500,000 veterans, military servicemembers and their families,” she said. “I can go in, I can connect with folks in the senior centers, folks in the schools and the parks, the boardrooms and shelters. I can connect anywhere I go. Let’s get some unity going on in our town. Let’s lift up all New Yorkers and move forward.”

Last week, Sutton announced that she opposed elements of police reform legislation proposed by the City Council. She said the legislation would limit the mayor’s authority to appoint a police commissioner and divesting the commissioner’s oversight of officer discipline will reduce accountability. Sutton disagrees that the police department should be defunded and should be brought back to the “guardian culture.” She wants to set up a “Public Safety Coordination Council” bringing together other city agencies with the police department and create an ongoing dialog with advocates.

“I disagree with the attitude that’s behind defunding the police,” she said. “The police themselves know there’s got to be changes so let’s work with the police. I think what we saw last summer is the final common pathway of what happens after six or seven years of a mayor who has an uneasy relationship with law enforcement. The police never know where he’s going to come down on a given issue. The next mayor better not be somebody who disparages the police.”

As the city continues to move through the COVID-19 pandemic, she suggested that Gov. Andrew Cuomo set up what she calls “Health Safety Hubs” to monitor New Yorkers who can’t quarantine safely at home where they could be transported to medical care.

To bring business back, Sutton wants the city to “partner its way through the pandemic” by linking up with private/public partnerships, philanthropic foundational partnerships and partnering all levels of government.

“We cannot recover from this pandemic until we restore public safety, we open up the city and we make our city a healthy place to be.” she said. “What we’ve really got to figure out is how to innovate and design our way out of this where we’re stronger as a result and we are in a position where this can never happen again.”

On racial disparities when it comes to the COVID-19 vaccine distribution, Sutton said organizing houses of worship, barbershops and beauty shops and working with respected community leaders is the solution.

“We cannot continue forward and continue to add to the wrongs and the inequities that were so clearly unveiled by the pandemic,” she said. “Now, no one’s got any excuse for not knowing so let’s get creative, let’s get out there and let’s get them vaccinated.”

When it comes to housing, Sutton supports NYCHA’s Public Housing Preservation Trust, which will allow NYCHA to rehab buildings using an end-to-end public process. However, she says that won’t be enough.

Sutton wants to create a pathway to homeownership for NYCHA residents. She’s interested in exploring a concept proposed by the Manhattan Institute that would give any resident who wants to move out of NYCHA a certain amount for each year they’ve lived there. The money would be used to start a business or go somewhere, possibly outside of the city, to put a down payment on a home.

On education, Sutton said the city is failing to invest in youth and wants to put more funding for gifted and talented programs and increasing the number of specialized high schools, especially in the Bronx and Queens.

“We’ve got gifted and talented Black and Brown kids all over this city,” she said. “I’m all for the 70,000 families who cared enough about their kids’ education to register them for the charter lottery. We’ve got excess space, fill them. This is an all-of-the-above solution. We need to invest early with pathways to the middle class, the trades, the arts, tech and design. I do not want any young New Yorker to feel like ‘if I failed to make it into one of these specialized high schools my life is over.’ There are so many other paths.”

Sutton recently released more information about her public safety plan after the City Council’s proposed police reform legislation. She wants to rebuild communities from the bottom up and the inside out to promote evidence and value-based reform. Sutton wants the CIty Council to focus on addressing poverty, education, employment opportunities, mental health, housing, homelessness, and health care that she says are creating challenges in public safety.