U.S. steps counterterrorism in Mozambique and the DRC 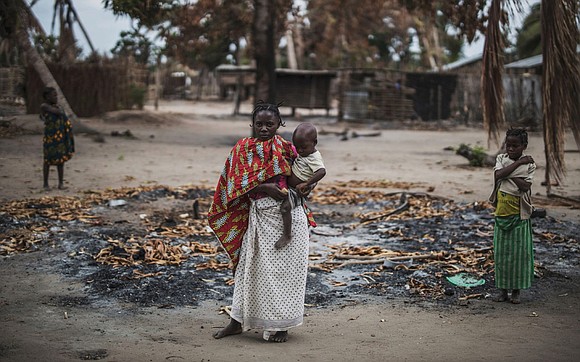 U.S. counterterrorism officials are stepping up their activities in Africa, allegedly to address the expansion of violent extremism on the continent.

Two previously unlisted insurgent groups, identified as foreign terrorist organizations operating in Mozambique and the Democratic Republic of Congo (DRC) have been slapped with sanctions along with their leaders.

John T. Godfrey, acting coordinator for counterterrorism and acting special envoy for the Global Coalition to Defeat ISIS at a recent teleconference meeting with African journalists, discussed a new State Department designation of the two groups as “Isis-Congo” and “Isis-Mozambique”.

“In addition to naming and shaming, these designations also seek to deny ISIS in the DRC and ISIS in Mozambique as well as their leaders, Seka Musa Baluku and Abu Yasir Hassan, the resources they need to fund their terrorist activities and carry out terrorist attacks.

The designations prevent travel by members to the United States, freeze any U.S.-related assets, ban Americans from doing business with them and make it a crime to provide support or resources to the movements. Leaders of the groups are Seka Musa Baluku, reputed head of Allied Democratic Forces (ADF) in Congo founded by Uganda rebels, and Abu Yasir Hassan, head of Ahlu Sunnah Wa-Jama (ASWJ) in Mozambique.”

Godfrey declined to discuss the classified information used to definitively tie these African groups to the larger Islamic State, which planted its roots in Iraq and Syria. But the evidence is incontrovertible, he insisted. And in Congo, he said the United States is “quite confident” of a link to ISIS headquarters.”

Michael Gonzales, deputy assistant secretary of the Bureau of African Affairs, also spoke at the teleconference. He noted that the U.S. already supports the Congolese army against violent extremists by bolstering civil-military operations and capabilities, military engineering, strategic communications and English-language laboratories with the goal of empowering civilian leadership to promote structural reform and professionalization of the military.”

“I think these are prime examples of how the United States is really running with the vision of the Biden administration and then the statements of Secretary [of State Antony] Blinken about emphasizing our partnerships with African partners and building local capacity,” Gonzales said.

“There certainly is a keen focus on the terrorist threat in Africa on the part of the Biden-Harris administration, but some of the lines of effort that we’re currently working on there are ones we’ve been formulating for a bit of time now,” he said.”

But the new designations have worrying implications, according to the Washington-based Center for Strategic and International Studies. “While a seemingly straightforward and measured policy response to ASWJ’s brutality and its international terrorist links, it risks impeding humanitarian efforts and hobbling potential disarmament, demobilization, and reintegration activities. In addition, wrote the authors of a report titled ‘The Problem with Foreign Terrorist Organization Designations’ it is unlikely to significantly advance U.S. counterterrorism and counterinsurgency efforts.”

Anita Powell, writing for the Voice of America, also questioned the open-ended strategy. “How long it might take to go from ‘naming and shaming’ to actually defeating these groups,” she wondered. “That, officials did not say.”