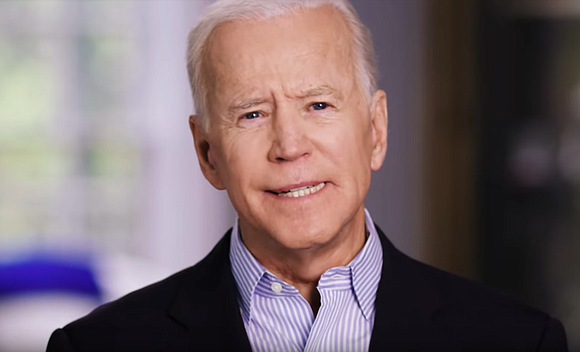 President Biden may have tripped several times climbing the steps to board Air Force One last Friday, but he has maintained a sturdy and steading footing on social, economic and political issues, including during an appearance in Atlanta in the wake of that lethal encounter.

“Whatever the motivation,” Biden said of the shooting incident that left eight dead, six of them women of Asian descent, “we know this: too many Asian Americans have been walking up and down streets worrying. They’ve been attacked, blamed, scapegoated and harassed.”

Prior to their remarks, the two had met with Asian American community leaders and lawmakers to discuss the tragedy, which Biden said was “heart-wrenching.”

The outrage from Asian Americans was evident on social media platforms.

Andy Kim, a New Jersey Representative, tweeted that he was heartbroken over the shootings. “The AAPI (Asian American and Pacific Islanders) community across the country is frightened by these acts of violence. We have to strengthen our resolve and act against such blind hatred. Tonight we stand in solidarity with victims and their families.” Those sentiments were echoed by Julie Ae Kim, a writer and Queens Borough director for the Test and Trace Corps. She tweeted that the incident left her “sick to my stomach. I am angry and sad. It’s the elders, the women, immigrants who are targeted for a reason—because the system leaves them the most vulnerable. I’m angry at those who minimized the violence. I’m angry that it took so long to be taken seriously.”

That seriousness has reached the White House with a reckoning from the president, who recounted his first days in office. “My first week in office, I signed an executive order directing federal agencies to combat the resurgence of xenophobia. The Department of Justice is strengthening its partnership with the AAPI community to prevent these crimes in addition to its other work to take on violent extremists and domestic terrorism,” he stressed.

“I’m calling on Congress to pass and get to my desk the COVID-19 Hate Crimes Act. And the House just passed re-authorization for the Violence Against Women Act, a law I authored more than 25 years ago as one of my proudest legislative achievements. I call on the Senate to swiftly pass it and get it to my desk. But for all the good the laws can do, we have to change our hearts. Hate can have no safe harbor in America. It must stop. And it’s on all of us, all of us together, to make it stop,” he added.